If it has to be fast, standard storage media based on the SATA bus is the wrong choice. M.2 storage media with NVMe protocol offers a significant performance boost compared to conventional storage media. As you can expect a maximum of 550 MByte/s with the SATA III, M.2 with PCI Express of the third generation and two lanes already offers the possibility for up to 1600 MByte/s. With four lanes it can be up to 3500 MByte/s. For industrial applications, ICP Germany is expanding its SSD portfolio with two NVMe module series SSDs from Cervoz.

The T405 series is based on the M.2 2280 form factor and is equipped with the third-generation PCI Express bus with four PCI lanes. The T405 SSDs are long-term available until 2021 due to the use of 3D TLC NAND Flash cells from Micron. ICP Germany offers the T405 in sizes of 256GB, 512GB and 1TB.

Common to all series is a high quality standard and a high data integrity through the firmware with LDCP (Low Density Parity Check) ECC error correction method. The NVMe modules are supplied with 3.3VDC input voltage and have a power consumption of less than 3500mW in active mode and a maximum of 560mW in idle mode. The NVME modules are designed for a temperature range of 0°C to +70°C.

Once designed into the system, the ""Fixed BOM"" guarantees compatibility over the entire product life cycle. 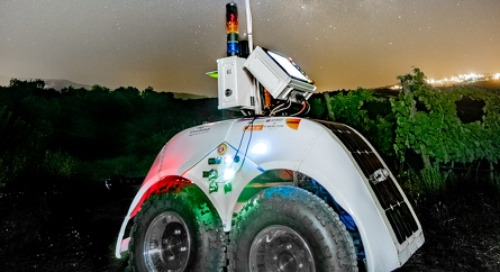