Home » Home Page » Guess What’s Under the Hood of the Subaru Levorg? ADAS and Programmable Logic
× Share this Article

The Subaru 2020 Levorg mid-size touring wagon was made available for pre-order last month and introduced a range of features such as a new 1.8-liter, four-cylinder engine and continuously variable automatic transmission (CVT). But perhaps the most exciting feature is on the safety front, as the car is the first in the Subaru fleet to contain the company’s next-generation EyeSight ADAS technology. Figure 1. The EyeSight platform consists of two stereo cameras and accepts inputs from four radars positioned around the vehicle.

The EyeSight platform consists of two color stereo cameras mounted on the inside of the Levorg’s windshield near the car’s rearview mirror. The cameras, as well as four external radars, capture images of cars, pedestrians, lane dividers, traffic, etc., which the system then analyzes and, if needed, sends signals to various control systems like steering or brakes to take corrective action (Figure 2). These actions could include accelerating, decelerating, changing direction, flashing lights, honking, and other methods of alerting drivers of possible danger. By being able to monitor traffic and take action in dangerous driving situations, the next-generation ADAS subsystem is essentially an extra pair of eyes on the road.

EyeSight: Under the Hood

Figure 3. The Subaru EyeSight ADAS system is based on a Xilinx Zynq UltraScale+ MPSoC with multiple Arm cores and programmable logic fabric.

In the EyeSight system, the Zynq UltraScale+ MPSoC fuses data from four radar sensors on the Levorg; performs image detection, classification, and perception operations; and delivers that information to the Levorg braking system. The MPSoC’s 16 nm process technology provides the performance needed for stereo processing of radar data and the conversion of that data into 3D point clouds (Figure 3).

Figure 3. The MPSoC in the EyeSight ADAS system process radar data and convert them into point clouds so that object detection algorithms can be applied.

“Unlike common approaches, the image processing technology adopted in our new generation system scans everything captured by stereo cameras and creates high-precision 3D point clouds, enabling us to offer advanced features such as pre-collision braking at an intersection and assisting with hands-off driving in traffic congestion on a highway,” says Tetsuo Fujinuki, CTO at Subaru. “Because Xilinx automotive devices contain built-in capabilities that allow us to meet strict ASIL requirements, they are unquestionably the best technology to implement Subaru’s new ADAS vision system.”

Subaru’s Eyesight technology received the highest IIHS rating in 2019-20, and is designed to provide drivers with safe and tested technology that can accurately react to driving scenarios. Of course, none of this is possible without advanced computational capabilities afforded by the automotive-grade Zynq UltraScale+ MPSoC.

The MPSoC is doing all of the detection, classification, and perception on the EyeSight, and providing input to the braking system. It’s also doing sensor fusion of the radar inputs,” says Willard Tu, Senior Director of Automotive at Xilinx. “Everybody realizes that the more sensors you put on cars, the richer the fusion of data you get.

“This is a super opportunity for programmable logic,” he adds. 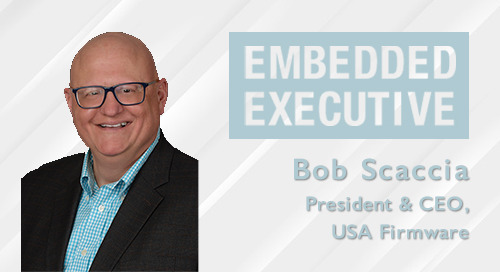 Firmware is becoming the new software. If you believe that, as Bob Scaccia, President and CEO of USA Firmwa... 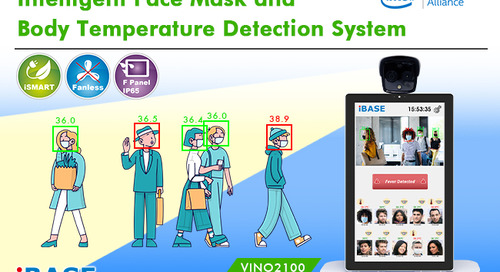