This week on Dev Kit Weekly, we’ll be giving away one OpenRTK330LI Evaluation Kit from ACEINNA for free.

This kit comes in handy especially for those of you who work with autonomous vehicles, ADAS systems, Agricultural vehicle auto steer systems, or commercial drones.

Why does this kit help with these applications, you ask?

Well let’s consider ADAS systems. The main function of an ADAS system is to detect obstacles and driver errors with the use of sensors and cameras. When do you need the system to respond and send the message to your vehicle? In an instant, not a few seconds, and certainly not in a matter of minutes.

So, the use of tools that include GNSS capabilities is a necessity for positioning. Without it, how’s a car’s sensors supposed to know how far or close the vehicle is to any object?

The OpenRTK330LI eval kit is all about navigation. It features 100Hz GNSS, plus inertial solutions; position, velocity, heading, and attitude. The GNSS is supported by GPS, GLONASS, BeiDou, Galileo, QZSS, and SBAS.

On top of all that, it hosts 80 channels tracking, RTK, and PPP algorithm support for centimeter accurate positioning. It also has an integrated, triple-redundant MEMs Inertial measurement unit of 8G and 400 °/s.

Further connectivity features include ethernet, UART, SPI, and CAN interfaces.

As its name implies, the OpenRTK330LI supports RTK and PPP corrections. The corrections are provided by ACEINNA’s CloudRTK network, or, NTRIP protocol connection to third party CORS services, which are also supported.

It’s GNSS chipset is based on the Teseo V chipset from ST Microelectronics. Teseo V baseband processor can track subsets of constellations and bands. It’s also connected to the on-board application processor, which, as I mentioned, runs the OpenRTK open source stack.

In the kit, users will find an ST-Link debugger; a multi-constellation, multi-frequency GNSS antenna; the micro USB cable; a 12-V DC adapted with a 5.5 x 2.1mm power jack; and obviously the OpenRTK330 eval board with a metal flat mounting board.

If you want an OpenRTK330LI Evaluation Kit for yourself, you can contact ACEINNA to sample and purchase it. Or, if you want to save some time, you can enter this week’s raffle and try to win the kit that we’re giving away for free.

Good luck in the raffle.

For the first time in many years, high-end embedded processors are available on two Computer-on-Module form... 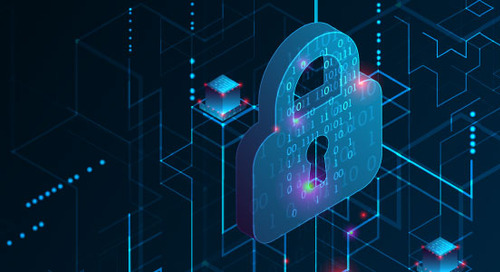