Sensors today are so much more than the rudimentary components that helped put the first thermostat on the market a century ago. Today, creators recognize the importance of sensors, but worry they aren’t getting the attention they deserve.

A recent survey of our element14 and Hackster communities found that 61 percent of creators believe IoT and sensors are the most critical technologies for products they’re designing today. Respondents also said sensors are the single most underrated technology driving the innovation train.

Sensors give us the ability to measure and capture data that, just a few years ago, felt nearly impossible.  The fact that creators still believe sensors aren’t getting the attention they deserve, despite these advancements in capability and performance, shows that there really is no limit to where IoT can go.

However, sensors face three challenges as they look to overcome their “underrated” designation: maturity, specificity and support.

In terms of maturity, what’s happening now with sensors is not uncommon in the lifecycle of a product. For instance, for a generation, supermarket soup was dominated by a red and white label. As the category matured, it became clear there was room for other brands and for the legacy company to innovate and provide more varieties. In other words, maturity cultivated opportunity. The same will happen, and is happening now, with sensors.

As developers realize the increased importance of sensors, specificity is going to become increasingly important as well. For a developer, a smart “temperature sensor” isn’t specific enough. Factors like power utilization, motion, distance and environment are just a few considerations that go into choosing a sensor. According to a survey of 1,042 engineers of IoT solutions in 51 countries conducted by Newark, while environmental sensors are the most commonly used, there’s a wide variety even in that category. You’ve got to get specific to drive results.

Bob Merriman works to align Avnet's programs and services with the needs of the startup and maker markets. An entrepreneur, and hardware startup co-founder himself, Merriman is uniquely positioned to understand the challenges faced by those looking to create a hardware product, and the incredible value that an industry leader like Avnet can bring. Merriman holds a BA and MBA from Arizona State University.

In this article, we will explain how enterprises can implement Serverless Microservices architecture using ... 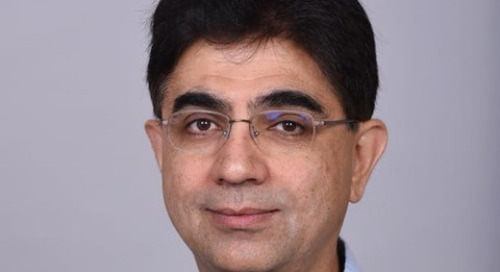 I spoke with Arpit Joshipura, the General Manager for Networking, Edge & IoT at the Linux Foundation in thi...