When a new solution comes into being to address an application space, it falls into one of two categories. It could be a device or procedure that does something that nobody ever thought or heard of before, or it could be a better way to do something that is already being done in another fashion. This “passage of lines” as the old gives way to the new generates a great deal of unnecessary friction and inertia in the migration itself.

The former can be disruptive, by giving people new capabilities that society hasn’t created ways of dealing with, but the latter is always disruptive, as the new way pushes out the old. It is usually also challenging in the way of the former, as the new solution usually brings additional capabilities along with it. The environment of radical change created by these mixed conflicts is something every innovator must navigate.

Lamps vs. Light Bulbs
When the lightbulb was finally commercialized, many predicted that it would make gas lanterns and candles obsolete. This prediction was partly correct, as interior lighting by gas lantern was driven out of the marketplace. However, the candle has managed to avoid extinction by becoming a niche product. Candles are used for ceremony, for its smell, or for ambiance and atmosphere, among other applications.

The candle industry survived by becoming other things for people besides illumination. Some of these applications came about organically or from tradition, like candles for ceremony, or by addressing newer application spaces like aromatherapy. The candle-making industry did not survive by making a better candle to light rooms with, competing directly with its replacement.

What this can teach us is that by addressing the application spaces a given technology can do best, and serving that vertical aggressively, one can mitigate some of the effects of market-share loss to new solutions. This doesn’t always have to be an upmarket position; emergency and convenience use cases are also important, and companies serving those niches can always find customers.

The Quartz Crisis
Once upon a time, long before smartphones even existed, people had to wear a small mechanical device upon their wrist to tell the time. This was because electronics were still busy being invented. These macro-mechanical devices, most famously made in Switzerland, were king of the hill, and everyone who wanted to be on time anywhere needed to wear one.

When some really smart people created a better way to tell time by measuring the vibrations of an oscillating quartz crystal, it almost drove the Swiss watch industry out of business. Over 60% of the mechanical watch industry disappeared in a decade. Japanese companies, who rapidly adopted the new quartz timekeeping technology, seized huge portions of market share that they still keep today.

The mechanical watch industry rescued itself by redefining itself. Taking a page from the candle industry’s book, it reminded society that watches are worn for more than just telling time. Watches can be considered jewelry, artistry, and a style statement, in addition to telling the time, and the mechanical industry jumped on that concept with both feet. Today many consider a high-end mechanical watch an aspirational buy.

Cars
One of the most disruptive application spaces in our industry today is mobility, with fossil-fuel-powered solutions being displaced by electrically-driven ones. There are many facets to this migration, from vehicles to infrastructure and everything in-between. What can our examples tell us about how the industry can address the issue?

Most of the real migration to electronically-based automotive systems is occurring without too much fanfare; there is little industry or societal pressure against smart cars and advanced infotainment systems, for example. Regardless of the motivational force under the hood, the car of the future will be largely electronic. However, the debate about the nature of that engine makes up most of the heat and smoke around the argument on the next generation of mobility.

The biggest problem is that many on both sides of the debate are treating the issue like a zero-sum game, where there is only one winner. A lot of pundits are acting as if electric vehicles (EVs) are trying to eliminate fossil-fuel cars, and want to eliminate EVs from the market to “save” fueled ones. They act as if the moment EVs become truly viable that people will treat their old cars like CRT televisions when LCDs hit the pricing sweet spot.

The fact is that EVs and fueled vehicles will coexist, as there will be application spaces better suited to one method or the other. The future traffic mix on the road will be a combination of both kinds of vehicles, each type being used in the best way. Eventually, fossil-fueled cars may disappear from public roads, but there will certainly be application spaces where the energy density and portability of fuel make it the most useful solution. (probably synthetic). Not to mention enthusiasts and clubs driving them for the foreseeable future on private tracks. 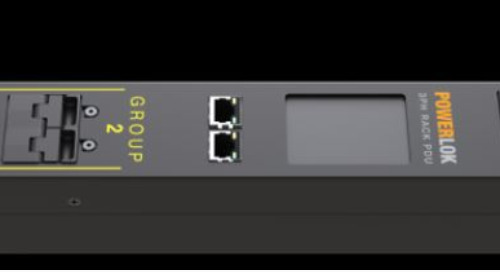 In its first release, PowerLOK will offer 20A and 30A versions.

Wanshih Electronic, a Taiwan professional OEM/ODM manufacturer of cable assemblies, is going to exhibit at ...