At the RoboCup 2019 World Championship in Sydney, Australia (Yes! There is such a thing as the World Cup for robotics!), a team of football robots developed by the University of Bremen and the German Research Center for Artificial Intelligence (DFKI) won the trophy. The “B-Human” team defeated reigning champions HTWK from Leipzig 2-1 in come-from-behind fashion. Both the equalizer and go-ahead goals were scored in the final minutes. 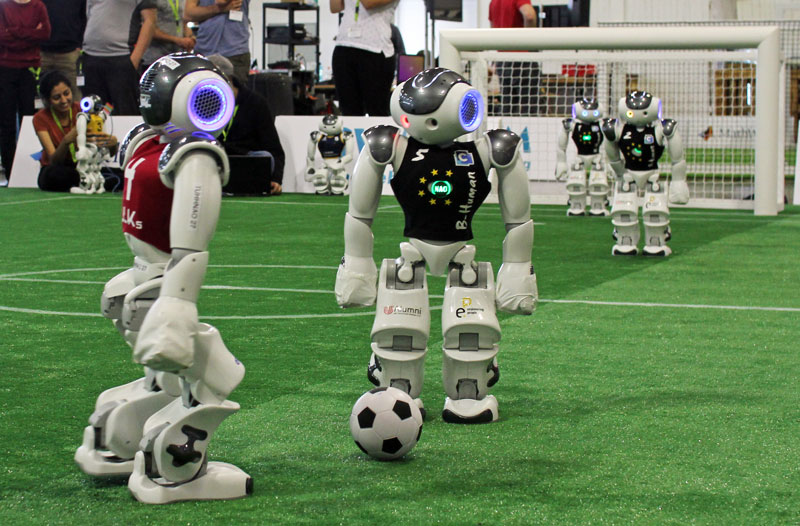 The RoboCup World Cup is designed to showcase developments in the fields of artificial intelligence, computer vision, and robotics. The event’s goal is to have games that are as close to human football (soccer in the US) as possible by making playing conditions increasingly difficult. This year, for example, back lights were used, which proved challenging for many team’s deep learning-based vision systems.

However, the robotics platforms and AI algorithms that power them are also becoming increasingly more sophisticated. For example, this year’s B-Human team was based on the NAO V6 design, a new version of robot with significantly more processing power than its predecessor.

Beyond vision, other analog inputs are tested during the game. For instance, the B-Human team demonstrated how one NAO V6 could locate a referee’s whistle while blindfolded.

The B-Human team captured its seventh RoboCup World Championship in Sydney. The team is sponsored by CONTACT Software, a provider of open standard, open source software for the Internet of Things, virtual product models, and digital twins.

More information on the RoboCup World Championships is available at 2019.robocup.org/index.php.

More on B-Human can be found at www.b-human.de. 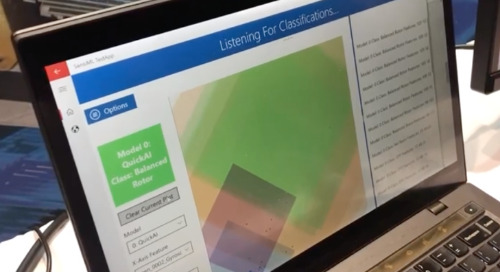 At Sensors Expo 2019, embedded processor vendor QuickLogic and their subsidiary SensiML were on a mission t...