Power is an issue in embedded system design, both for hardware and software designers. The issue will not be going away in the near future. If you are not tasked with designing in power management on your current project, you will on the next one.

The firms designing smartphones are highly motivated to address power management issues. User satisfaction is strongly influenced by battery life. And satisfied users result in more phone sales. But how would it be if they did not pay attention to this matter? First off, the phone would be a whole lot bigger and heavier, as it would need to accommodate a much larger battery in order to offer useful usage time. Second, as the device would tend to run rather hot, it would probably need a cooling fan!

This is all very fanciful, but much closer to the real world than you might think. Here is a real conversation that I witnessed, which is only slightly paraphrased:

"It's just like an iPhone, but much cheaper and even better."

"Yes. It can take two SIM cards, so I can use the phone for both business and personal calls. No more carrying two phones."

"On eBay. It came from China."

"How bad? What's the battery life?"

"But it's OK. They supply two additional batteries. It's really great."

I think this happy customer gets my "Geek of the Week" award.

Pixus Technologies offers over 392 cubic feet per minute of airflow in the 9U RiCool, a front-to-rear coole... 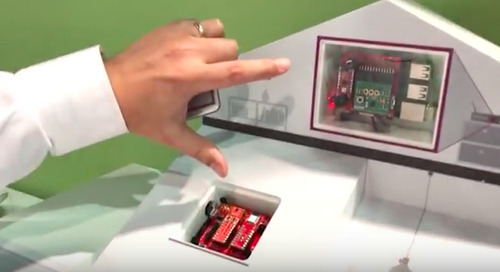