3D sensing is becoming  vital technology and has been adopted as an integral part of applications such as Apple’s Face ID, for unlocking phones and making payments. In the coming years, the technology will further penetrate into markets such as augmented reality and autonomous driving.

The main technological approaches to 3D sensing are based on emitting light pulses or structured patterns of light toward targets, subsequently measuring the light they reflect. The most popular approach is Time-of-Flight (ToF) sensing, in which the depth or distance is calculated from the phase shift (indirect ToF) or the time delay (direct ToF) during the time of flight of the light pulses. ToF sensing has multiple advantages over other 3D sensing approaches. For example, the system can be packaged in a very compact module used over short, medium and long ranges, and acquires depth or distance data with little computational effort.

While ToF is a proven solution to 3D sensing, it has some inherent disadvantages. In particular, 3D sensing technology based on ToF routinely operates at wavelengths less than 1.1µm, typically at 850nm or 940nm. These wavelengths have two major drawbacks. First, the outdoor performance is lackluster due to the interference from sunlight in the same wavelength range. Second, there is a potential risk of serious eye damage from laser malfunctioning or mishandling during usage, because the retina of a human eye absorbs laser energies at these wavelengths easily.

Attempts have been made such as using state-of-the-art Si sensors, to extend the light spectrum of ToF sensing to wavelengths beyond 1.1µm, in which the sunlight interference and eye hazard can be mitigated. However, even state-of-the-art Si sensors suffer from poor quantum efficiency (QE), which falls drastically from about 30% at 940nm to 0% at wavelengths longer than 1.1µm, making Si sensors an inefficient solution.

Artilux has recently implemented an approach to wide spectrum 3D sensing, based on the new GeSi (Germanium on Silicon) technology platform that it developed in cooperation with TSMC.

This new Artilux technology integrates GeSi as the light absorption material with CMOS integrated circuits on a silicon wafer. It eliminates the existing research and development bottlenecks by significantly increasing QE to 90 percent at 940nm, as well as further extending the accessible light spectrum to 1550nm, at which QE of 50 percent is achieved.

Combined with a high modulation frequency typically 300MHz and above, the new GeSi sensor technology delivers noticeably more accurate performance compared to the existing ToF sensors. It offers the freedom to operate at wavelengths that minimize or eliminate sunlight interference, and wavelengths that lessen or avoid the risk of eye damage. Based on the experimental data Artilux has collected so far, GeSi sensors provide excellent depth or distance accuracy in short range, and outstanding outdoor performance in short, medium and long ranges.

While a silicon-based CMOS sensor is low cost, it is vulnerable to sunlight interference and presents possible risks of eye hazard, particularly because LiDAR uses high power lasers to achieve the long range required. Moving to III-V material-based sensor overcomes these issues, due to its higher QE compared to silicon. However, the drawbacks with III-V are high fabrication costs and the difficulty of integrating multiple chips using different materials. Artilux's GeSi sensor technology is the only silicon-based solution that can operate at wavelengths above 1.1 μm, and thus combines the best features of both silicon-based CMOS sensor and III-V material-based sensor.

The new Artilux GeSi sensor technology is now ready for mass production, with the first generation of products to be announced in Q1 2020. The ability to sense wide spectrum light with GeSi sensors will improve eye safety, minimize sunlight interference, and deliver noticeably more accurate performance. It is the solution to unlocking the full potential of 3D sensing for consumer and niche applications in the near future. 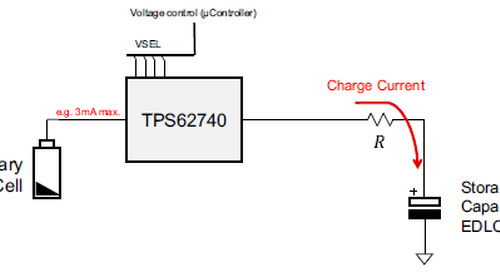 The design assignment is clear: build a small datalogger which will be inaccessible once in place, yet must...