This is part three in a three part series. Read part two here.

It’s not easy to be a retailer today when more and more people are turning to Amazon for shopping. And why not shop online? Ordering is convenient with features such as ratings.  Delivery is fast and cheap, and returns are easy and free – if you are Prime member! In April 2018 Bezos reported there are more than 100 million Prime members in the world, and the majority of US households are Prime members. Walmart and Google have partnered in an ecommerce play to compete with Amazon, but Walmart is just dancing with the devil. Google will use the partnership to gather data and invest more in their internal ecommerce and shopping experiences. Walmart isn’t relaxing, and is aggressively pursuing ecommerce and AI initiatives through acquisitions, and its Store #8 that acts as an incubator for AI companies and internal initiatives. Question: why does Facebook have a Building 8 and Walmart have a Store 8 for skunkworks projects?

It’s not just the retailers that are under pressure, though. If you make consumer electronics it’s getting more challenging too. Google controls the Android eco-system and is pumping a lot of money into centralizing and hiring around their hardware development efforts. Google is competing against the mobile phones of Samsung, Huawei, LG, Oppo, Vivo, and other users of their Android OS.  And Amazon is happy to sell other people’s hardware online (OK, not Google, but others), but they take a nice commission on those sales, and if it’s a hit product they find ways to make more money through Amazon’s in house brands and warehousing, and potentially even making the product themselves. The Alexa fund has financed companies that created Alexa based hardware products that Amazon ended up competing against with in-house developments,and when Amazon sells Alexa products it doesn’t need to make a big profit (as described in part one). And Apple… well, they have a history of extracting money from anyone that wants to play in their eco-system too. This is business and there’s a very good reason that Google, Amazon, Apple, and other giants are giants. They know how to make money on everything they do. They are tough to compete with. The “free” stuff consumers get (and we do get a lot!) isn’t really free. We are trading our data and personal information for it.

So retailers have it tough (and assistants will make it even tougher), service providers have it tough (and assistants with service offerings make it even tougher), and consumer electronic companies have it tough. But the toughest situation is for the speaker companies. The market for speakers is exploding driven by the demand for “smart” speakers. Markets and Markets research report the current smart speaker market at over $2.6B and growing at over 34% a year. Seems like that would be a sweet market to be in, but a lot of that growth is eating away at the traditional speaker market. So a speaker company gets faced with a few alternatives:

Many are choosing option 1 only to find that their sales are poor because of better quality lower priced offering from Google and Amazon. A company like Sonos, who is a leader in high quality wifi speakers has chosen option 1 with a twist where they are trying to support Google and Amazon and Apple. Their recent IPO filing highlights the challenges well:

”Our current agreement with Amazon allows Amazon to disable the Alexa integration in our Sonos One and Sonos Beam products with limited notice. As such, it is possible that Amazon, which sells products that compete with ours, may on limited notice disable the integration, which would cause our Sonos One or Sonos Beam products to lose their voice-enabled functionality. Amazon could also begin charging us for this integration which would harm our operating results.”

They further highlighted that their lack of service integrations could be a challenge should Google, Amazon or others offer discounting (which is already happening): “Many of these partners may subsidize these prices and seek to monetize their customers through the sale of additional services rather than the speakers themselves,” the company said. “Our business model, by contrast, is dependent on the sale of our speakers. Should we be forced to lower the price of our products in order to compete on a price basis, our operating results could be harmed.” Looking at Sono’s financials you can see their margins already starting to erode.

Some companies have attempted #2 above by bringing out in house Assistants using open-source speech recognizers like Kaldi. This might save the cost of deploying third party solutions but it requires substantial in house efforts, and is ultimately fraught with the same challenges as #3 above which is that it’s really hard to compete against companies approaching a trillion dollar market capitalization when these companies see AI and voice assistants as strategically important and are investing that way.

Retailers, Consumer OEMs, and Service providers all have a big challenge. I run a small company called Sensory. We develop AI technologies, and companies like Google, Amazon, Samsung, Microsoft, Apple, Alibaba, Tencent, Baidu, etc. are our customers AND our biggest competitors. My strategy? Move fast, innovate, and move on. I can’t compete head to head with these companies, but when I come out with solutions that they need BEFORE they have it in house, I get a 1-3 year window to sell to them before they switch to an in house replacement. That’s not bad for a small company like Sensory. For a bigger company like a Sonos or a Comcast, they could deploy the same general strategy to set up fast moving innovation pieces that allow them to stay ahead of the game. This appears to be the exact strategy that Walmart is taking on with Store 8 to not be left behind! Without doubt, it’s very tough competing in a world of giants that have no boundaries in their pursuits and ambitions!

It seems we are conducting ourselves similar to that of a junior high dance where the signal processing peo...

AI is associated with human intelligence with similar characteristics such as language understanding, reaso... 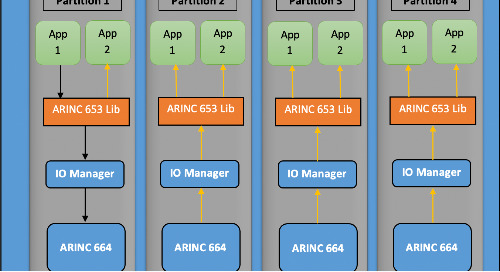