Home » Guest Blogs » The Edge is Getting Smarter, Smaller, and Moving Further Out! – Part 2
× Share this Article

As we mentioned last time, most IoT nodes are a combination of sensors, computing, and connectivity, with the latter two playing very important roles. We’ll focus on the computing part of IoT next time.

Moving from wired to wireless was a prerequisite for enabling the Internet of Things. Although self-contained wireless communications have existed for a long time in terms of technological timescales, significant advancements were required to make them smaller, cheaper, and energy efficient enough for IoT applications.

Antenna size is directly related to the wavelength of the radio waves used – shorter wavelengths result in smaller antennas. This is the reason why most IoT communications use frequencies on the order of several GHz. With millimeter wave-based technologies just on the horizon, we’ll see even smaller antennas. Stationary IoT nodes can trade size for range by using frequencies in the several hundreds of MHz.

Due to advancements in silicon scaling and RF front ends, each new generation of receivers have become more sensitive. As a direct consequence, transmissions can now use very low power levels. Another important technological advancement that has reduced radio power levels is packet-based communication. By sending data in bursts of packets, the system is able to “sleep” between bursts. The shorter the burst, the less power consumed. To make it possible to send the required information in a shorter amount of time with limited bandwidth, modulation techniques such as Quadrature Amplitude Modulation (QAM) and Differential Quadrature Phase Shift Keying (DQPSK) were developed to improve spectral efficiency.

The final piece of the puzzle was standardization. Wireless communications span a range of frequencies, modulation techniques, and packet structures. The proliferation of mobile phones, in addition to kickstarting cellular networks, helped evolve Bluetooth point-to-point radio technology along with it.  Bluetooth also freed devices from clear line-of-sight limitations of previously used IR technologies. Bluetooth and its Low Energy (LE) variants have since kept a leading position for short range, low-medium bitrate communication technologies even in the wave of competing technologies. The age of internet and the need to get rid of those not-so-good looking LAN cables gave rise to WiFi. Long range communications are also on the rise for city-level communication of smart installations, albeit using low bit rate technologies.

Safety, security, and efficiency requirements of appliances, industrial equipment, vehicles, and buildings are driving the need for more information and better options to connect and manage advanced sensors to build a smarter world. Within the next several years, various networks will enable trillions of wireless devices to be connected with each other.

It is important to remember that even through connected IoT devices are growing at a significant pace, they are still in their infancy. This means that as new applications arise, there will be demands to provide significant improvements in speed, power consumption, range, and capacity. The potential business opportunities in this domain continue to push the limits of engineering. The design challenge for engineers is to choose the appropriate communication protocol from among the wide range of choices available like Bluetooth classic, Wi-Fi, ZigBee, Bluetooth Low energy (Bluetooth Smart), Near Field Communication (NFC), and many proprietary protocols. The key considerations in finding the right protocol to use is to find one that best meets an application’s need for high throughput, low power, size, seamless interoperability, secure communication, ease of development, and ease of use.

Designers always get excited to write their own custom proprietary protocol to achieve the best power consumption and efficiency for a specific product. However, in today’s world it is a no-brainer to expect that your product will need to communicate with other devices in an ecosystem over a standard protocol. Thus, interoperability is arguably the most important requirement when designing a wireless link, providing a compelling argument for using standard protocols.

Let us explore various wireless protocols and when to use them, based on your application needs.

WiFi: WiFi is a popular choice of wireless protocol in general that offers very high data throughput, medium- to long-range, and sophisticated security options. In general, the very high data rate of WiFi makes it a protocol of choice for applications that require internet access. However, WiFi comes at the cost of higher power consumption, making it a less than great choice for battery-operated applications. Its primary applications include notebook computers, desktop computers, and servers.

WiFi’s biggest advantage is the support of existing, standard packet-switched LAN protocols. After all, it’s effectively a wireless version of Ethernet cables (which, as we mentioned earlier, are ugly!) The internet isn’t that far away when you have WiFi – just connect to one of the many Wi-Fi "hotspots" that are available around populated areas. The wireless technologies mentioned below use simple packet structures that require additional “custom” applications to make sense out of them and put “Internet” in the “Internet of things.”

ZigBee: ZigBee offers low power, a light stack, and good market mindshare. However, ZigBee is not widely used in consumer equipment such as PCs and smartphones, limiting the nodes that a device can connect with. The best alternative to ZigBee is Bluetooth Classic, which was developed as a way to exchange data over a short range. The primary applications for ZigBee include industrial automation, home automation, and smart metering. 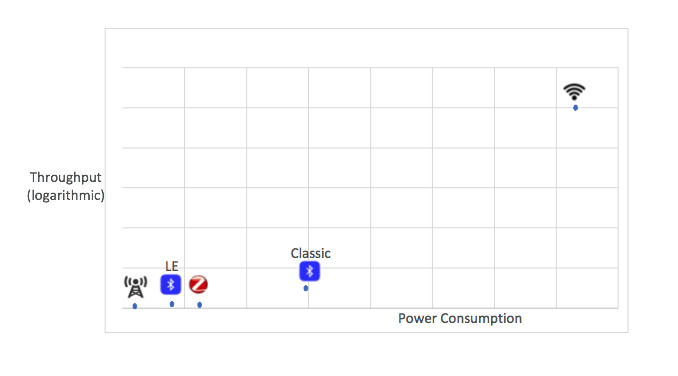 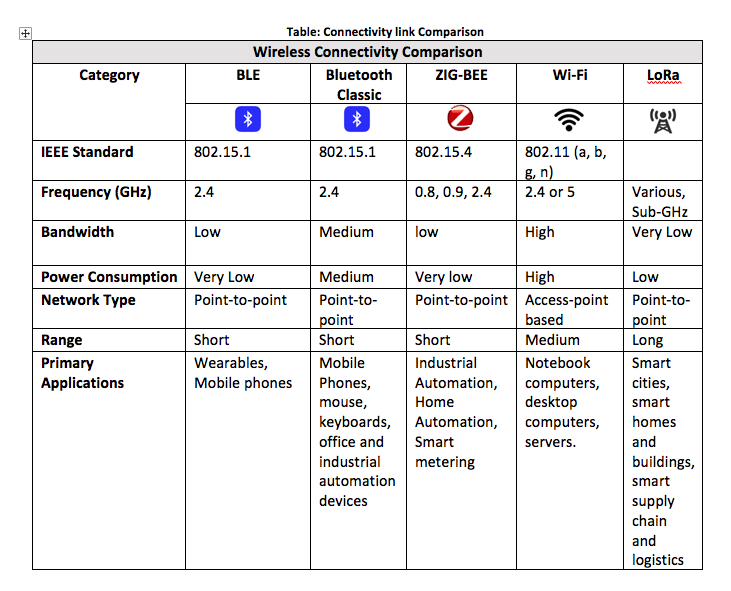 We have many efficient – and complicated – radio communication technologies available for IoT applications. However, IoT nodes won’t perform as required if the integrated computing elements connected to them aren’t powerful enough to handle their throughput and/or the software/firmware aren’t simple to enough to “hide” their inherent complexities. We’ll explore these issues in upcoming parts of this series.

Nidhin MS works as a Staff Applications Engineer at Cypress Semiconductor Corporation. He has 7 years of technical experience with analog, power electronics, touch sensing, embedded computing and connectivity and holds a bachelor’s degree in Electronics and Communication Engineering.

Smart World of IoT– The Edge is Getting Smarter, Smaller, and Moving Further Out! - Part 1

The Internet of Things has evolved into a complex system ranging from the internet to wireless communicatio...