The high-performance RF is a key ingredient in wireless system-on-chips (SoCs) serving the low-power designs in wearables; augmented reality (AR) and virtual reality (VR) gizmos; and the Internet of Things (IoT) devices such as smart locks and appliances. To save cost and accelerate time to market, a new SoC design model is emerging for low-cost IoT edge and node devices by taking advantage of an increasing presence of wireless IPs available for quick integration.

The IoT chips are increasingly incorporating multiple connectivity mechanisms such as Wi-Fi, Bluetooth, Thread, and Zigbee on a single chip. That calls for a flexible radio interface and a rich set of peripherals like I2C, UART, and SPI. The multi-protocol wireless SoCs can serve a variety of applications ranging from industrial automation to advanced wearables like wireless earplugs to professional lighting.

So, chipmakers serving the IoT markets are increasingly working with IP vendors to assemble SoC building blocks without spending a fortune. That allows IC suppliers to rapidly introduce the single-chip wireless solutions that merely require an external antenna. Figure 1: A view of RF transceiver IP offerings for a variety of wireless designs. Image: SaberTek

The article will highlight this fundamental shift in RF development and SoC customization in the rapidly emerging IoT designs. First, let’s look at a couple of design case studies that demonstrate how a wide range of wireless IPs helps create multi-protocol SoCs for next-generation smart connected systems.

Take the example of Ensigma IP from Imagination Technologies; it offers analog front end (AFE) as a hard macro along with fully synthesizable baseband IP. For that, Imagination works closely with its RF partners to facilitate a range of RF choices, which can work with its digital baseband MAC/PHY offerings. Here, the RF is embedded into PHY and media access control (MAC) firmware.

Figure 2: This is how the RF and baseband integration works using the Whisper radio processor (RPU) IP for short-range wireless communications in wearable and home automation designs. Image: Imagination Technologies

The Ensigma Location GNSS IP core supports GPS, GLONASS, Galileo, and Beidou along with satellite-based augmentation systems (SBAS) such as wide-area augmentation system (WAAS) and the European Geostationary Navigation Overlay Service (EGNOS). On the radio side, Imagination has combined its Ensigma GNSS IP with low-power RF IP from SaberTek, which encompasses transceivers, PAs, and AFEs designed for portable designs. Figure 3: The RivieraWaves baseband IP for Bluetooth can be deployed with either RivieraWaves RF or various partners’ RF IP solutions. Image: CEVA

The above examples of silicon qualified RF IPs show how chipmakers are taking advantage of RF capabilities to create highly integrated wireless SoCs for portable devices like sensors, cameras, asset trackers, and smart meters connected via IoT systems. It also allows developers to bypass the need for extensive mixed-signal and RF design expertise.

Furthermore, the single-chip integration of RF, transceiver, processor, and power management components enables designers to eliminate additional microcontroller and memory components and thus significantly reduce the bill of materials (BOM) and board space.

Besides modern SoC’s quest for more functions on a single chip, what these production quality IPs do is allow these wireless SoCs to facilitate dynamic protocol support. Additionally, these IP offerings enable developers to choose from a set of configurations from standalone to highly integrated RF solutions and further add to design flexibility.

It’s also worth mentioning that most RF IPs are programmable, which allows developers to set high linearity and low power modes dynamically. They can also configure the communication channels with a high dynamic range and sensitivity.

Wireless connectivity continues to grow in a diverse array of IoT designs, and that demands new levels of integration in wireless SoC devices. That, in turn, matches well with the IP suppliers’ efforts to expand the coverage of connectivity standards while simplifying the IP procurement process.

Not surprisingly, therefore, the availability of differentiated IPs is rapidly changing the wireless SoC landscape. And it’s also disrupting the long-held notion of RF engineering being black magic. 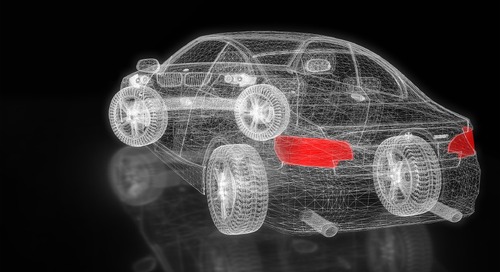 Instant-On is often touted as an ease-of-use feature. Consumers, as we know, are extremely impatient and wa... 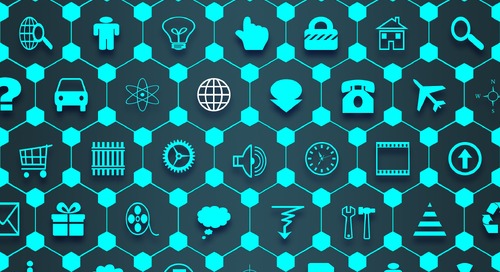