Kotlin, a new language for Android

Kotlin, a new language for the Java Virtual Machine (JVM) that gets its name from Kotlin Island, near St. Petersburg, makes Android development more streamlined in many ways. In 2011, an unveiled version of Kotlin first appeared as a new language for JVMs from a team of Saint-Petersburg programmers called Jetbrains. JetBrains is the company who built IntelliJ IDEA software, and Android Studio is designed based on IntelliJ IDEA.

Kotlin v1.0 was released last February, which was the first officially stable release. JetBrains has committed to long-term backward compatibility starting with this version. At the Google I/O 2017 event, Google announced first-class support for Kotlin on Android.

Kotlin can be used for any kind of development, be it server-side, client-side over web, or Android. Other platforms are being developed, such as macOS and iOS, which should be available shortly. Apart from Android, I’ve seen people use Kotlin for server-side applications, client-side with JavaScript or JavaFX, data science, etc.

Kotlin is well suited for developing Android applications, bringing all the advantages of a modern language to the Android platform without introducing any new restrictions. Those advantages include interoperability and compatibility. Kotlin is fully compatible with JDK 6, ensuring that applications can run on older Android devices with no issues. The Kotlin tooling is fully supported in Android Studio and compatible with the Android build system.

The language’s ease of use helps developers get their projects done quicker. Kotlin has a compact runtime library, which can be further reduced using ProGuard. Simple and less coding and debugging boosts the development process as well utilization of existing codes.

Kotlin supports the open developer networks and the strength of open source makes the network strong which is not restricted to any single company. It’s also used for building server-side applications and front-end code running in the browser.

Kotlin has been successfully adopted by major companies like Pinterest, Evernote, Uber, Trello, etc. Volansys has some case studies to share that take advantage of the Android platform.

Hardik Kamothi works as Sr. Engineer in Volansys Technologies. He looks after design and development of Mobile Applications with various tools and frameworks.

There are many items that affect battery life. Be sure you check all the boxes, including the comparator, w... 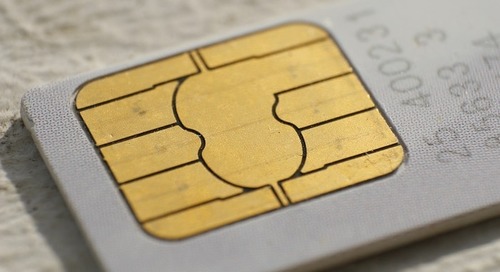