IQRF technology is used for wireless data transfer. The transmission is capable of overcoming large distances (up to 500 m outdoors, tens of meters indoors). Usually small data packages, device statuses or control signals are transferred from and to sensors. The transmission works in the unlicensed (ISM) frequency band 868 MHz, 433 MHz or 916 MHz.

The IQRF network contains a single control unit, which usually operates synchronously with other devices in the network. The coordinator instructs the nodes to collect data or sends control commands to the nodes. The network has one coordinator and up to 239 nodes. All devices in the same IQRF network operate on the same channel. Devices in the IQRF network can work in a mesh topology (each device can receive the signal from multiple neighbors). Every node transmits data in its own time interval, to avoid collisions and to ensure high reliability of delivery.

Connecting the device to coordinator in the IQRF network (Bonding)

To create a network, pairing (bonding) of a coordinator and nodes must be done. This can be done in various ways.

One option is to do it manually when coordinator and nodes are in direct range. The bonding procedure on the coordinator side is usually initiated by a control software. Logical address of the new node is selected, and coordinator is listening for 10s to receive a bonding packet from a new node. On the node, side bonding is usually initiated by pressing a particular button. Once the bonding procedure is finished, the nodes receive the logical address. When this is done on all nodes, the network is basically built and nodes are ready to receive commands from the coordinator.

The next phase of creating functional network is discovery. Place the nodes on their positions (each of the nodes should optimally be within radio range of at least three neighboring nodes) and then run the discovery command on the coordinator. During this procedure, the coordinator explores topology of the network. VRNs (Virtual Routing Number) are assigned to the nodes during this process. VRN expresses its physical location in the network. Once the discovery is completed, the network is ready for the optimal data distribution.

Disconnecting the node from the coordinator

In the instance the device is paired with a coordinator that is no longer available, the disconnection process usually has to be performed on the node before connecting the new coordinator. This process can be done in various ways, typically by pressing a particular button.

Connecting to a computer network

The gateway usually plays the role of a coordinator in the IQRF network.

The address of cloud storage (e.g. IQRF Cloud) is usually configured in the gateway firmware by default. Data can be stored and accessed via the applications to read them, evaluate them and to send the commands back to devices in the IQRF network. 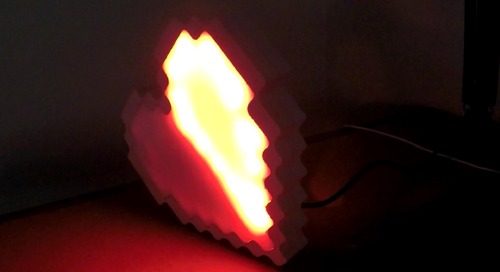 I decided to make an 8-bit themed heart container from Zelda that people can switch on or off via Twitter. 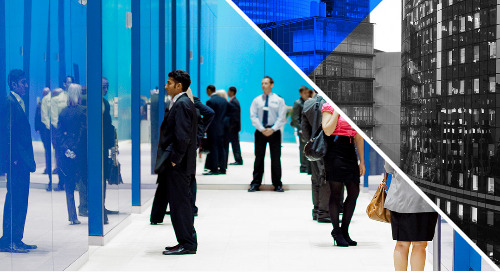 Bluetooth mesh: A lot can happen in a year

You can learn more about Bluetooth mesh and its capabilities at Bluetooth World 2018 on September 18 and 19.