Home » Guest Blogs » IoT Hits the Road (and the Rails and the Skies and the Seven Seas): IoT Is Turning Transportation Vehicles Into Communications Hubs
× Share this Article

There’s a new frontier for IoT, and it represents a new category of IoT deployments: the trucks, trains, buses, planes, ships, and other vehicle fleets that collectively create transportation networks around the world. 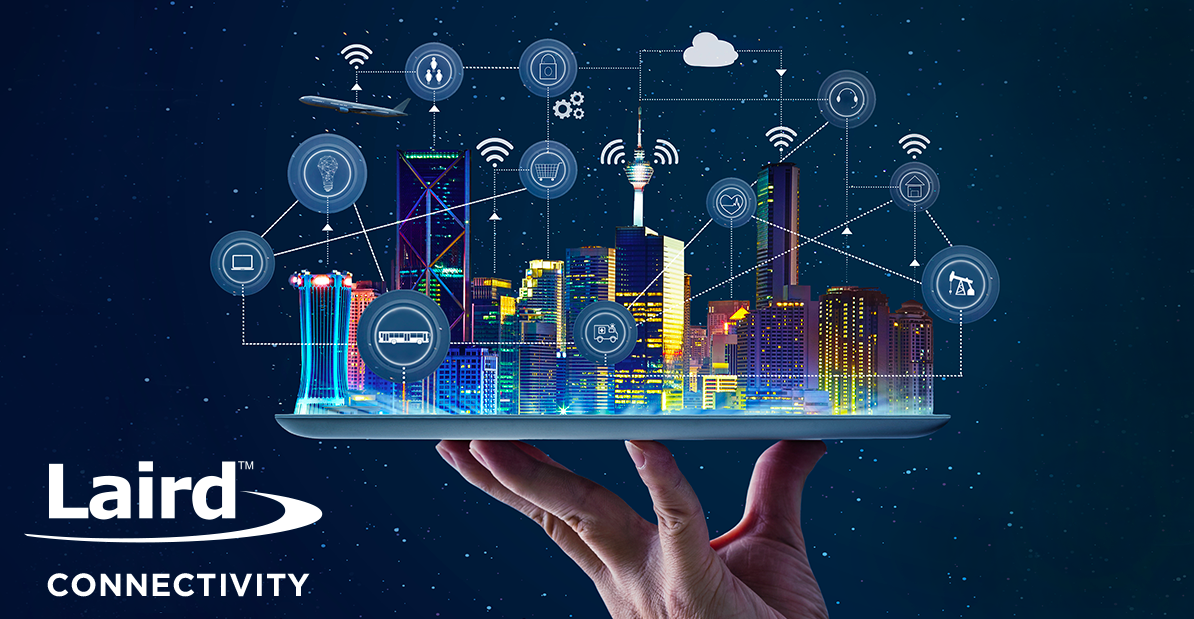 Most of the IoT use cases that have been in the spotlight to date in our industry have been for implementations in fixed locations: industrial plants, smart buildings, smart city networks, agricultural sensor networks, and other use cases across nearly every commercial industry. But IoT isn’t just stationary. It can be mobile. In fact, it needs to be highly mobile in order to support the kinds of IoT use cases that involve vehicles serving as mobile communications hubs.

Vehicular IoT has a unique set of design challenges that engineering teams must navigate in order to be successful with this category of IoT projects. This article is intended to be a starting point for engineers who are being asked to work on these IoT projects, but who do not have extensive expertise in the complex RF dynamics of wireless implementations in vehicles and how to successfully design for IoT deployments in these settings.

Before we get to those best practices and caveats, though, let’s talk through some examples of vehicular IoT. Wireless technology is not new in vehicles. Lots of vehicles use Bluetooth connections, for example, in the cabin for functions like stereo controls and audio commands. Further, Wi-Fi connectivity has become common in transportation vehicles ranging from airplanes to city buses. But vehicular IoT takes things to another level in terms of the number of wireless technologies operating side-by-side and the number of devices and applications relying on that connectivity. When vehicles are serving as wireless communications hubs, the complexity of those environments is best described as vehicular IoT.

Public safety vehicles like police cruisers are an excellent example of this transformation. Police cruisers have had wireless technology for decades, and the many antennas on top of cruisers in old TV shows and movies is a testament to that. However, police cruisers today are being upgraded with next-generation devices and applications that require a far more sophisticated wireless network in each vehicle. In effect, each vehicle becomes its own wireless communications ecosystem, with technologies like FirstNet, Wi-Fi, Bluetooth, GNSS, UHF, 4G/5G, and others co-located in the same vehicle. Those wireless technologies support a growing list of devices and applications including body cams, voice communications, high-def video access, facial detection, laptop connectivity, tracking devices, and more. All of that is happening in one of the most complex RF environments an engineer could work within: a vehicle made of more than a ton of metal parts that is often moving quickly.

Vehicles serving as communications hubs like those police cruisers need more than just connectivity. They need a vehicular IoT strategy. The same is true of every other type of transportation that is being asked to do more with wireless technology, devices and applications. Vehicles like trucking fleets, cargo trains, and freight-carrying airplanes are being outfitted with an increasing number of wirelessly-connected devices and wirelessly-enabled applications that require a sophisticated Vehicular IoT system. The IoT implementations include diagnostic systems, environmental sensors, physical security devices, temperature control sensors, product tracking capabilities, enhanced communications systems, worker safety devices, mobile computing devices, and more. All of which require a multi-technology wireless environment with technologies such as Wi-Fi, Bluetooth, cellular, GPS, and LoRa. The same is true of transportation vehicles that carry passengers, such as trains, school buses, shuttles, and others. Not only do an increasing number of these vehicles provide public Wi-Fi to passengers, but the wireless systems also support ticketing systems, location tracking devices, usage/capacity-reporting systems, digital signage, dispatch communications, security/safety systems, enhanced driver support systems and more.

Each of these Vehicular IoT deployments face a number of challenges related to the RF environment of vehicles, the number of wireless technologies being concentrated in a small space, and the number of devices that must “play nicely in the sandbox” in each of these wireless ecosystems. The remainder of this article provides a checklist of things engineering teams working on Vehicular IoT devices and implementations should keep in mind in order to make their project successful.

Be Prepared for the Effects of Metal Surfaces

Vehicles have RF dynamics unlike most of the other IoT projects that engineering teams work on, and metal is a major reason why. For roof-top installations where the roof is a metallic surface, the roof serves as a ground plane. Antenna location on that ground plane can therefore have a significant impact on overall performance. With respect to in-vehicle antenna installations, metal objects become obstructions, and multipath sources that can negatively impact system performance. Regardless of the installed location, metal is a significant factor in system performance.

Another issue to be aware of, which is relevant for both roof-top and in-vehicle installations, is  the concentration of other close-proximity wireless signals from additional wireless systems/services. Those can create signal interference a paramount consideration. These complex RF dynamics emphasize that an Antenna selection that might have outstanding performance in another IoT environment may struggle as a vehicle solution. RF modeling and testing becomes an important mitigating step for defining acceptable system performance In these environments, antenna selection, placement, and implementation are critical.

RF Modeling Is Important….But Not Enough

RF modeling of a vehicle is an important step in understanding the complex RF dynamics. It will give engineering teams important guidance about how antennas and devices will perform based on their relative locations in a vehicle, which is valuable for IoT deployments with so many wireless technologies and devices. But RF modeling is not enough on its own. RF testing should be done in order to increase the likelihood that the implementation will perform as expected. Testing will reveal RF conflicts that are not anticipated by modeling software, and it will guide you toward proper antenna selection and installation locations that will optimize performance of all of the vehicle’s wireless systems.

Many IoT projects involve exposure to the elements, including the kinds of sensor and device networks involved in agriculture, industrial settings and smart cities. But there is an added complexity to vehicular projects because of the high stakes for water intrusion of vehicles in motion. Each hole drilled into a vehicle is a potential source of water intrusion that would threaten not only the IoT implementation but the vehicle’s entire electronics system. Integrated, multi-technology antennas are important for Vehicular IoT not only because they minimize the number of holes drilled in the exterior of the vehicle, but also because it is so difficult to co-locate many separate antennas on a vehicle without the signal patterns and performance degrading. Integrated antennas are designed to enable multiple wireless technologies to be collocated without degradation and interference. Choosing an integrated antenna will often reduce the complexity of RF design compared to deploying multiple antennas, while also simplifying the testing and certification process for the final design (when the integrated antenna is pre-certified).

I should also note that antennas can be easily damaged, and there is often little clearance around vehicles when they are in motion. Freight trucks, for example, often have little clearance under many overpasses in urban settings. Trains often have limited clearance around them as they go through portions of their routes. And overgrown vegetation is a menace to high-profile antennas on every type of vehicle. Choosing a low-profile antenna will be an important consideration for Vehicular IoT projects to prevent that kind of damage.

One of the biggest differences between other IoT implementations and Vehicular IoT is the long length of cables in vehicle systems. As cable length increases, the potential for attenuation challenges increase, and cable lengths are typically far longer in vehicular implementations than in other settings. Engineers working on these projects should carefully choose components, cables and antennas to pre-empt this danger, by choosing high-quality, low-loss solutions that are engineered to meet RF performance requirements for IoT systems.

Ted Hebron is a Senior Product Manager for Laird Connectivity, which provides a full range of antenna solutions and wireless modules that simplify the process of using wireless technology. In this role at the company, Hebron leads development of Laird’s vehicular antennas and other connectivity products. Hebron has 36 years of experience in RF design and antenna engineering utilizing a range of wireless technologies including cellular, radar, radio, television and low-observable connectivity. Has managed engineering teams in six Laird operations centers around the globe, and his work prior to Laird includes positions at Boeing and Harris Broadcast. He earned his BSEE degree from the University of Kansas.

After setting up my father’s 386 SX–complete with a “turbo” button that let it perform at 16 MHz–many years... 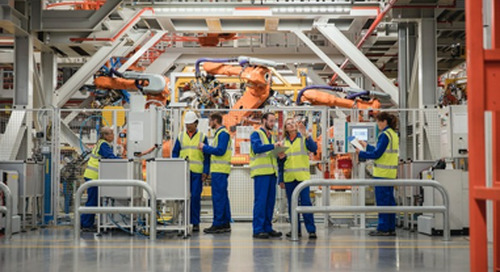