A facelift for industrial computing

Industrial computing is undergoing a facelift. We should no longer regard it as the safe and solid poor relation of the fast-moving world of consumer electronics, one in which developments happen with predictable and somnolent regularity. Instead, it seems to have learned a trick or two from its faster counterpart: the market is picking up speed and developments are occurring apace. Customers who have grown increasingly accustomed to rapid change in the consumer marketplace are now also beginning to expect more of the devices that support their industrial networks: enhanced functionality, better feed of information – and generally a greater wealth of facts at their fingertips.

While the heavy machinery on which the sector predominantly relies continues to occupy center stage, most of the fast footwork is to be seen out on the fringes of networks. There are a lot of devices out there, whether they’re on the factory floor or further out in a network. All of them produce increasing volumes of data that subsequently need to be processed and analyzed. It certainly doesn’t make sense to send all of that data in raw form to be processed centrally, so, increasingly, the processing and analysis is taking place locally. Sending massive volumes of data for analysis by a central processor runs the very real risk of overloading that processor or of causing delays in the vital processes being run by the workhorses at the center of the industrial network.

All of this indicates that intelligence is being more widely distributed throughout networks. The move toward Industry 4.0, in which there is increasing automation in manufacturing industries, coupled with broader exchange of data, is helping drive the trend. There are also increasing numbers of intelligent devices being employed throughout networks – a development that is driven primarily by rapid take-up of the Industrial Internet of Things (IIoT). While the machines that run the processes may have changed little in their configuration, all of the tools around them are changing significantly.

Although these tools may be generating increased volumes of data, some of them are also capable of helping to lighten the workload. A machine tool might only generate a message if it detects abnormal operation – for example, if a reading is out of the normal range, which might indicate the occurrence of a fault or existence of some other problem.

Despite the increase in intelligence found within IIoT environments, one thing remains constant. These networks are based around heavily-mechanized industrial processes. As a result, the devices they encompass need to be highly reliable and robust as well as capable of operating in conditions that are often environmentally demanding or extreme. At the same time, they are generally required to be low power. For instance, it may be challenging to change the batteries on sensors situated at the extremities of a network and which are required to send back occasional readings. Low power consumption is a must for such devices.

It’s not only the devices constituting the different elements of an industrial network that are under modification. The same need for change applies to the service personnel employed within the industry. If the functionality of networks is increasing, it stands to reason that the skills of those operating and running those networks also need to grow and develop.

Designers of industrial networks have a lot to take on board, not only in terms of embedded system design but also of the additional requirements imposed by the need to understand new and different security and communications protocols. It may well be that these new skill sets are not currently to be found within the workforce. If that is the case, it’s worth considering approaching a third party to help with design. For instance, rather than trying to use standard devices to perform functions that can be quite advanced, while trying to accommodate the requirements posed by the need to observe a specific communications or security protocol, companies could consider using a custom semiconductor house.

A custom chip may be able to accommodate all of your design requirements, be produced more rapidly than trying to work out a design that meets most of the requirements and actually reduce your bill of materials cost. You could say this is killing two birds – or maybe even more – with one stone. It might even leave your competitors dead in the water, since your design will get to market more rapidly than one whose designers have struggled to fulfil the brief. Facelifts don’t have to be one-dimensional!

Darren Hobbs is the Director of Marketing and Strategy at S3 Semiconductors, a Division of Adesto. He is a graduate of University College Cork and the Henley Management College. He has over 20 years of experience operating in the semiconductor industry in roles such as CMO, Product Line Management, Product Marketing and Project Management in a mix of SME and large multinationals.

Things you Might Not Know about the IoT Security Life Cycle

Problems revolve around protecting IoT devices and scaling the security across millions and billions of dev... 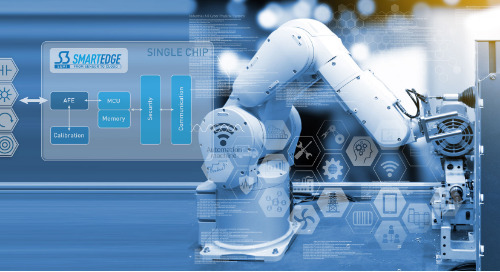 Disruptive technology has become a popular catchphrase since the term was coined just over 20 years ago, sh...