Now that public interest in solar has skyrocketed, engineers have been rushing to find more flexible and durable alternatives to older solar panels. At the same time, the makeup of solar technology puts it in a unique position to provide power to dry, sun-soaked climates—many of which happen to be in energy-poor, developing nations.

Solar investment data shows that many developing nations understand the advantages of solar and are heeding the call. From 2011 to 2013, solar investments in nations outside of the G-20 grew rapidly, rising from 5.8% of the total global share to 8% by the end of 2013. According to The Pew Charitable Trusts, developing countries in Southeast Asia comprise a proportionally large share of these investments, with nations like Thailand, Vietnam, and the Philippines all appearing in the top ten non-G-20 investors. Perhaps not coincidentally, the energy demand in these areas is expected to outpace richer nations in the next 10 to 15 years, meaning that residents of these countries will need to find a viable power source quickly if they hope to survive in tomorrow’s economy.

For many developing nations, however, the challenge has lain in conventional solar cell manufacturing. Cells are very difficult to make; refining silicon is a hugely intensive process that requires excessively high temperatures. However, the introduction of 3D printed cells may change that. The idea of using 3D printing to create necessary equipment is not new—printing has already begun revolutionizing the medical industry by producing life-saving devices in impoverished countries, like Haiti. However, giving these communities access to steady, reliable electricity can permanently benefit both the health of residents, and the economic futures of these nations.

A chief benefit of 3D-printed cells is that they use different materials for the conversion process. Rather than relying on highly purified crystalline silicon disks—the standard material for most solar cells—printed cells are made from a compound called perovskite, a hybrid organic-inorganic lead or tin halide-based material. That’s what makes 3D printed cells easier to produce, since the crystalline silicon that goes in solar cells must go through extensive refining before it can be used to generate energy.

In its natural state, silicon contains impurities that must be extracted before it can be as used as a solar conductor. To do that, the raw silicon is fed into a superheated electric arc furnace, which frequently requires temperatures above 1000°C. Additionally, most solar-cell production uses hazardous solvents to give the components the right dexterity and durability—which must be handled by trained professionals.

Understandably, some areas just don’t have the resources to achieve this level of technology manufacturing. Perovskite cells, by contrast, have a relatively simple production process. They’re made from miniscule crystals, using inexpensive raw materials that don’t need to be repeatedly refined before they’re usable. The crystalline structure allows the cells to be used for various applications, as well, since the crystals can be mixed into a “solar ink” and then printed onto glass, plastic, or other surface.

Developing nations actually may actually have a slight advantage over more developed countries when it comes to their energy grids. While developed nations like the U.S. have struggled to integrate solar energy into existing power grids, many emerging nations are what Pew terms “energy poor,” meaning that they don’t have access to modern electricity sources, relying instead on older technologies, like charcoal. In some rural areas, far-flung communities are simply too remote to provide reliable power. In other cases, the developing nations have struggled to construct electrical grids.

However, because off-grid solar energy is self-sustaining, solar can provide energy to areas that would be difficult to power without enormous infrastructure investments. That’s particularly true when you consider the technology advances the storage industry has witnessed over the past few years. New tools, such as compressed air systems and lithium-ion batteries, are being perfected so they can serve the energy needs of a home or larger community long-term. Nations like India and China are investing heavily in solar storage—unreliable grids and poor electric in many areas throughout Asia make these countries prime candidates for an energy makeover.

All in all, it’s estimated that 3D printing has the potential to provide energy to 1.3 billion people who are currently without modern electricity. Indeed, the UN has a goal of providing universal energy access across the globe by 2030—a goal that’s going to require heavy technological investments. Perovskite cells aren’t a miracle cure by any means, and developers are currently working on correcting their limitations, such as the cells’ tendency to disintegrate when they come in contact with moisture. Additionally, some energy advocates feel that 3D printers are too expensive for many emerging nations to afford, especially in the numbers that would be required to serve remote communities. However, given the massive shifts we’ve witnessed in the energy sector to date, anything is possible.

Erin Vaughan is a solar installation blogger, living in Austin, TX where she writes for Modernize Solar, with the goal of empowering homeowners with the expert guidance and educational tools they need to take on big eco-friendly projects with confidence. 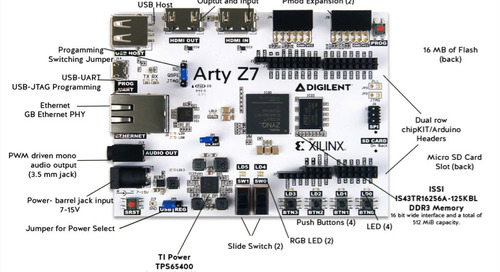 IR vision with Digilent's Arty Z7-20, a Xilinx Zynq 7020-based development board 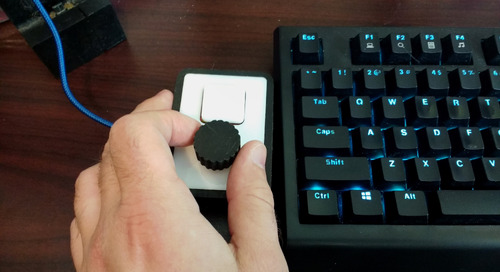 MakerPro: I found that I had hotkeys on my keyboard that worked for mute and volume control functions, but ...