You may have to spend big for real IIoT results

We talk a lot about the Industrial Internet of Things (IIoT), and clearly with good reason. Different people classify this industry in different ways, but I’ve seen estimates for this market that range from $200 billion to over $1 trillion in the next five years. To be honest, that doesn’t come as much of a surprise when you look at the market’s potential. Turning every manufacturing factory around the world into a “smart” facility just scratches the surface. You can also lump smart buildings and smart cities into that group. If you want to add healthcare and aerospace too, I’m fine with that. Suddenly that $1 trillion estimate isn’t so far-fetched. In fact, it might be conservative.

What do we get for that money? We get more efficiency, more intelligence, and more connectivity. We get better products faster. We get safer living and working environments and transportation. We get better healthcare. And yes, we (potentially) get a lot more Big Brother.

Let’s start with efficiency, which can coarsely be defined as using less power to do an equivalent or greater amount of work. Intelligent motor control can and will handle that. Take the washing machine. Simply sensing the amount of clothes present will let the motor run at the optimal speed, rather than at full power at all times. Take your existing design, throw in an MCU with a smart sensor, and you’re all set. That same phenomenon holds true for just about all white goods.

The topic that always seems to rear its ugly head in these discussions is security. We ran an article a while back on “why would someone want to hack my toaster.” The topic is even more relevant today. Obviously (I think), no one is concerned about burning your toast. But that toaster serves as an entry point into the entire network, just like the baby cams did recently. And it can just as easily open the front door to any industrial facility if the right protection isn’t put in place.

“We’ve been doing this for 25 years and it’s always comes down to a balance between what we offer in terms of hardware, software, and toolkits and the responsibility that falls on the customer to implement a secure strategy inside their factory and the products that they make,” says John Rossi, Vice President for the Americas at STMicroelectronics. “We can make the most secure products in the world. But at the end of the day, it’s up to the customer to either implement security or not.”

Security doesn’t end when the product ships out the door either. Designers (and their customers) must have the ability to update the security features later, as new vulnerabilities are found. Hence, in a perfect world (and we live in a perfect world, right?), it’s a joint project for the lifetime of the product.

Globally, Europe appears to be the furthest along thanks to the Industry 4.0 standard. For example, in Germany, Industry 4.0 is a country-driven proposition, and that’s not something that exists in the U.S., where there is no specific industrial policy.

One of the difficulties that manufacturers are facing is that there simply is so much equipment already deployed in the field, and service providers are hesitant to deploy full-scale upgrades, which could require tossing a lot of capital investment. They want to make use of at least some of their existing infrastructure and that could complicate the picture.

Rossi says, “Dynamic upgrades are very desirable. Being able to put connectivity on a floor and do an analysis of all data in the cloud and use big-data analytics is what the industry is looking for. They’re trying to connect more machines and control their factory environments from a central location. That’s one of the main drivers. However, there’s a significant spend associated with that control.” 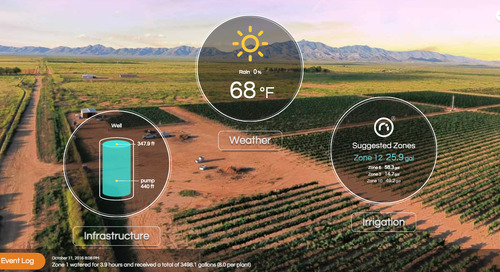 Hardware agnostic IoT solution takes customization to the next level 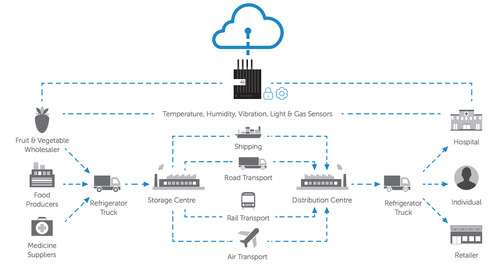 The cold chain is the temperature controlled supply chain that brings us precious commodities like fresh fo...