What the cloud said to the network QA engineer

Network engineering is seemingly the last bastion of IT-related engineering practice to be affected by cloud computing trends. Networking remains the most hardware-bound, least virtualized aspect of IT infrastructure. Yes, there’s been a lot of buzz around software-defined networking (SDN), but honestly, it still barely exists in practice and much uncertainty surrounds what exactly SDN will look like. Network function virtualization (NFV) looks a lot more real – with ever-increasing computing power able to drive serious traffic loads through virtual machine-based (VM-based) firewalls, load balancers, mobile gateways, and even test generators. If you’re a quality assurance (QA) engineer testing network hardware though, does the “cloud” have something to say you?

Increasingly it does. Namely, cloud computing practices are deeply impacting test lab operations because of the drive towards agile, continuous, and DevOps practices in network technology manufacturers, service providers, and enterprise IT groups. What does this mean for the network QA engineer?

Simply put, it’s no longer cost- and time-effective or acceptable for network testing to be done in the old, manually operated test lab way of doing things. Say goodbye to dedicated racks of equipment. Say goodbye to spending hours and days pulling up floor tiles and pulling cable to connect things together, then spending hours more trying to find network operating system (OS) images, load them, and then type your configurations. Network test labs need to be turned into clouds where test topologies can be connected, powered up, and provisioned in minutes so that network QA engineers can simply launch these topologies from a web self-service portal. If that kind of QA infrastructure cloud-enablement isn’t in place, it’s basically impossible for the R&D network infrastructure to support DevOps, continuous, and agile practices.

So, at the individual level, what the cloud is, or at least should be, saying to network QA engineers is something very friendly like:

“How may I help you access your test topology today? Would you like virtual network functions with your topology”

But in the bigger picture, what the cloud trend is saying to network R&D and QA organizations is something a little more challenging:

I tend to favor GPS over the Internet when thinking of the amazing technologies born in my lifetime. GPS em... 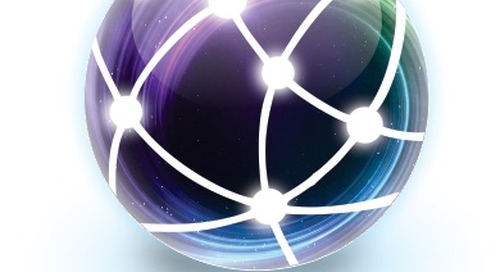