EDA tools haven’t changed for decades, and as Moore’s Law grinds to a halt, someone needs to inject new life into the tools the embedded industry uses to make new and better systems. But bringing change into an established industry isn’t easy.

“It’s like entering at a poker table with four aces, but the ante is a billion dollars,” says Aykut Dengi, Research Associate Professor at Arizona State University.

Universities often have aces in their hands for the embedded computing industry, but they don’t have the business acumen to get those ace ideas to the industry players who can use them, or to tailor them to industry players’ needs.

The National Science Foundation (NSF) Innovation Corps, or I-Corps, helps researchers better understand the entrepreneurship process, improving their chances of successfully commercializing technology based on NSF-funded research. The I-Corps set of activities and programs help researchers investigate the value potential customers place on their technology in order to assess commercial potential and to prepare them to extend their focus beyond the lab.

Sarma Vrudhula, Professor at Arizona State University calls it a boot camp for start-ups, and Dengi thinks it’s something researchers need if they’re looking to commercialize.

“[A university researcher] might have great research, but their business can fail if they don’t understand how to do business and address customers’ pain points,” Dengi says.

Dengi and Vrudhula have gone through the I-Corps program as part of their process of creating their own start-up, Sygnal Semi, where Dengi is President and CEO, Vrudhula is CTO, and a third member, Casey Jones, is Business Advisor. They’ve learned a lot in their own commercialization process so far, including the need to pivot and adapt to the reality they’ve discovered out in the wild when talking with potential customers and other industry players.

“We learned what people’s pain points are and what they care about,” Dengi says. “We changed our focus based on new insights such as learning that time to market was more important than lower power for some people.”

Sygnal Semi’s technology is based on research conducted at Arizona State University that reduces power in digital CMOS logic without sacrificing performance.

Figure 1 shows how Sygnal technology can be inserted into a design flow. The new technologies are Sygnal Technology Mapping, where design software performs front-end optimization and works seamlessly with standard EDA tools; and a Sygnal Library, a small and complimentary standard cell library that realizes hundreds of logic functions. These parts are what Sygnal Semi calls Sygnal Logic, which is an integration of logic and latches in a single cell. Figure 2 shows how much of an improvement adding in the functional logic of Sygnal technology can be than conventional Boolean logic.

The challenges of being an embedded start-up

Even with a great idea on paper, starting from the university sector and being a small business in general puts them at a disadvantage when trying to break into the industry.

For example, universities may often have many cutting-edge ideas, but academia lags behind in some areas of technology. Dengi says academia is working with 65 nm process technology; however, much of the industry is at 40 nm and 28 nm, and 14 nm and 7 nm make most of the profits. The Sygnal team is working on seeing what process is the best for them to target – after all, there still are many companies who use the 65 nm process, but they’re not sure if that’s the optimal process technology to target.

Additionally, it’s hard to break into the established EDA business chain – the billion-dollar ante in Dengi’s analogy. Dengi and Vrudhula explained that it’s been a challenge finding where they can get a foot in the door as established players in each camp between design houses, fabs, and EDA companies want them to be established in one of the other segments. Further complicating the challenge, the big players in each camp work on a barter system and partner in order to improve their chances to get their products into one of the big four design/product companies’ designs (the big four being Intel, Samsung, Qualcomm, or Apple).

“If one of [Intel, Samsung, Qualcomm, or Apple] says ‘I need this,’ then all doors open for them from all sides,” Dengi says. “If they’re interested then everyone else will use it. We’re trying to talk with those companies.”

The right balance of innovation and status quo

Vrudhula notes that it’s important to minimize disruption to the industry in order to succeed, explaining that Sygnal Semi is trying to incorporate their technology and innovation into current design flows.

In the case of Sygnal technology, the goal is to try to introduce even just 10 percent threshold logic in an EDA industry where 100 percent of all designs use static logic. That 10 percent would save 30 percent area, cost, and wire length while maintaining the same speeds. It was possible for them to be more disruptive with their design with a bigger change, but that didn’t make as much business sense, which is why the design flow in Figure 1 only has Signal technology added in one step of the process.

Dengi and Vrudhula have been working hard for years and have more work ahead, but they’re making progress and believe in their technology and goal of bringing new technology into the EDA mix.

“This is the first different way of doing digital design I’ve seen in my lifetime,” Vrudhula says. “Our idea might not make it, but it feels important to inject innovation in the industry.” 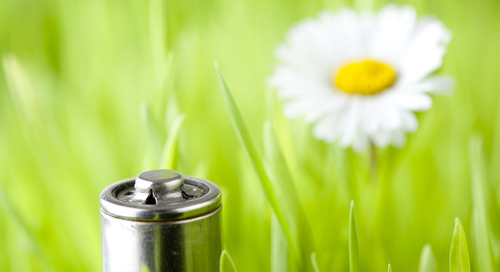 In the context of energy harvesting, advanced power management integrated circuits (PMICs) function like a ... 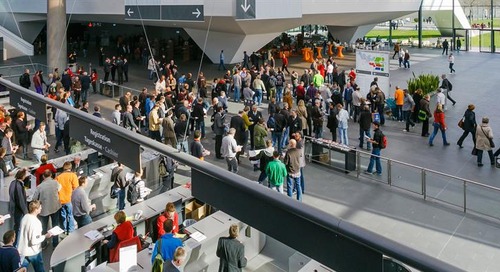 What I want to see at Embedded World 2016

"IoT", "M2M", and "Industrie 4.0″ are a few obvious examples of the plethora of buzzwords I've little doubt...