In the near future, dangerous driving will be a thing of the past. Unskilled and careless drivers will be mitigated by a host of active electronic systems that improve safety by taking many decisions out of drivers’ hands. These advanced driver assistance systems (ADAS) will be enabled by a network of devices that allow vehicles to detect their surroundings, as well as their drivers’ condition.

Wireless communications are at the helm of the evolution towards connected vehicles and active safety systems. Radar systems are already being used to detect the position of other cars on the road, and cameras are already employed to detect the lines on the road and delineate adjacent lanes. Wireless area networks for road vehicles – which are generally referred to as vehicle-to-vehicle (V2V), vehicle-to-infrastructure (V2I), and, collectively, as V2X communications – are also being developed to detect traffic coming from a perpendicular direction for crash avoidance, to turn all red traffic lights green when there are no other cars approaching, and to improve efficiency on interstates and other highways.

All of these advanced systems require sophisticated components to operate without fault, 100 percent of the time. An enormous assortment of electronic components already exists for use in automotive Wi-Fi, radar, and high-definition cameras. Historically, however, these components have primarily been used in commercial and consumer applications, which aren’t typically subject to rigorous reliability standards. High-reliability components have been made for the military, down-hole, space, and aerospace industries, and manufacturers within these industries are already accustomed to the higher costs required to develop high-performance, high-reliability devices. The automotive industry is different. Although it requires components that perform just as well, if not better, than commercial-grade parts; that are rugged enough to handle the electrical, mechanical, and environmental rigors of daily driving; and that pass the extensive testing specified by the AEC-Q200 standard, it also requires that said components be affordable enough for high-volume implementation into vehicles.

A new class of high-performance, high frequency components has been developed to meet the unique demands of the automotive industry. Multilayer organic (MLO) technology utilizes thin, low-loss substrates with excellent, repeatable RF/microwave performance and robust reliability to create components such as filters, couplers, crossovers, capacitors, and inductors. AEC-Q200-qualified RF/microwave capacitors are also available for Bluetooth infotainment systems, and low-inductance ceramic capacitors that can handle the demands of high-speed automotive video processors are available as well.

MLO components consist of one or more RF dielectric layers embedded between other laminates to provide routing, shielding, and bonding pads for surface mount (SMT) placement. MLO technology can also be used as an RF or mixed-signal substrate, in which the layers support the placement of both RF and digital ICs (Figure 1). Variations of this integration can be employed when necessary (for example, when thinner components are required), but there are a few design constants. For instance, the dielectric layer must exhibit low loss at common wireless frequency ranges and, at the same time, also exhibit a high dielectric constant (Dk) to provide high capacitance density.

Unfortunately, these are counteracting properties for most materials. High Dk values are usually obtained by filling polymers with dielectric materials, which can increase loss. For this reason, extremely thin dielectric layers are necessary. Recently, a number of low-loss formulations of polytetrafluoroethylene polymers (PTFE) and liquid crystalline polymers (LCP) have become available in copper-clad films as thin as 8 microns. For PTFE, advanced filler materials are used to increase Dk without significantly increasing loss. LCP, on the other hand, has low Dk, and has been shown to have favorable characteristics for a wide variety of RF and high-speed applications. So, by carefully selecting laminates and bond ply materials, it is possible to utilize standard lamination processes to produce high-performance RF components.

Once the MLO component design is completed, metal and dielectric layers are etched and laminated. A typical six-layer construction is shown in Figure 1. These customized configurations are patent protected, and allow for the highest passive component density while achieving increased functionality. To achieve the desired component densities, line widths, and spaces, as small as 15 microns can be obtained using semi-additive process techniques. Laser direct imaging (LDI) technology is also critical to MLO device development, as it allows for the realization of fine line geometries and tight tolerance structures. These structures typically form the resonant structures of the embedded components, and must be precisely reproducible over a large area. A distinct advantage of MLO technology over ceramic- and silicon-based (Si-based) processes is cost. By leveraging the economies of scale, more than 200,000 devices in 0402 packaging can be constructed on a single 18” x 24” panel.

Since MLO technology is used to build high-performance RF/microwave filters and multiplexers, it’s an ideal solution for automotive V2X applications in which radios can utilize the new IEEE 802.11p standard WLAN band that operates at 5.9 GHz (as well as GPS frequencies) to receive the necessary information required to determine the location of vehicles and transmit their location data to surrounding vehicles and infrastructure. Diplexers, which are comprised of two filters connected to a common port, can be used to reduce the component count in V2X radios, as a single diplexer can route the GPS, 5.9 GHz, or other signals through one antenna, effectively removing the need for two independent, discrete filters, additional antennas, and the necessary impedance-matching networks (Figure 2).

[Table 1 | A comparison of the physical and performance characteristics of an MLO diplexer versus an LTCC diplexer.]

MLO devices also have a unique feature that’s not found in other types of components, namely ceramic and silicon: a coefficient of thermal expansion that is matched to the typical printed circuit board (PCB). This is an especially critical characteristic due to the fact that automobiles are constantly exposed to wide temperature swings. For example, in South Carolina during the spring, early morning temperatures can hover around 55 ºF and rise to 85 ºF by noon, with even higher temperatures experienced by a parked car in direct sunlight. These temperature swings cause PCBs to contract and expand, which causes mechanical stress at the solder joints of the capacitors, inductors, filters, ICs, and other devices mounted on the board. Since MLO components expand and contract at the same rate as the PCB, they dramatically reduce the potential for component cracks or broken terminations resulting from the thermal changes experienced over their lifetimes.

In addition to the RF/microwave components used for wireless signal transmission, ADAS applications also rely on imaging technology, such as high-definition, high-speed image processors and HD cameras for backup imaging, side lane detection, and driver monitoring systems. These and other applications used to visually detect a vehicle’s surroundings and the driver’s condition require a great deal of processing power at extremely fast data rates, and capacitors are typically used to decouple the image processor from the power source, acting as a buffer between the two. Parasitic inductance is the enemy of high-speed digital circuits, as it tends to distort signals by increasing rise times. To counter this phenomenon, low inductance devices, such as land grid array (LGA) capacitors, have been developed to exhibit parasitic inductances as low as tens of picohenries (pH), compared to several hundred picohenries for standard multilayer ceramic capacitors (MLCCs) of similar overall size. Over the past five to ten years the automotive industry has undergone significant improvements in automotive safety and efficiency, largely as a result of the expanding employment of advanced electronic systems in vehicles. As a result, passive component manufacturers, such as AVX, have experienced notable demand for high-reliability, high-performance passive components that are capable of satisfying stringent automotive-specific safety and reliability standards; are rugged enough to handle the electrical, mechanical, and environmental rigors of daily driving; and competitive enough to comply with the budgetary restrictions of high-volume purchasing, and have subsequently invested significant resources in processes to qualify said devices to the AEC-Q200 standard and various individual automotive OEM standards, to keep drivers and passengers safe. 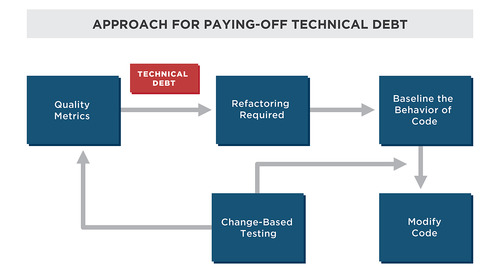 Vehicles have evolved from mechanical devices into complex integrated technology platforms with embedded so... 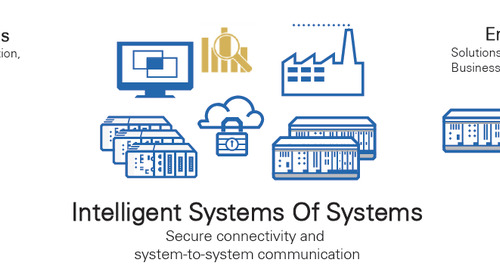 The way the industrial world approaches process management and control is changing. The concept of intercon...