Rugged computers are a requirement in automotive factories

In the automotive industry, advances in technology are regularly being adopted to streamline the production of cars, vans, and trucks. The goal behind this is twofold: automakers want to produce cars faster and more easily with fewer overhead costs, and in turn pass those savings on to consumers. The technology that automakers rely on to achieve these goals is not just limited to the machines used in the assembly of automobiles. In the process of workflow management, automakers also rely on computer technology for on-the-ground data entry and communication between departments along the production chain.

Granted, the environment in which automobiles are manufactured is inhospitable to most conventional computers. With chemicals, air pressure, coatings, and paints being applied along various parts of the assembly line from an assortment of pneumatic tools, a nearby computer could be engulfed with moisture, dust and other contaminants, and also bear the brunt of an occasional flying fastener. In only a short time, a conventional computer would likely succumb to one of the following fates: its circuitry would get saturated and die, or one of the main components would fail after getting bumped, hit, or knocked over amidst the sometimes hectic activities of an assembly plant.

Today, auto makers are undergoing a revolution in the way that work is streamlined across all stages of design, assembly, maintenance, testing, and delivery: the adoption of rugged computer technology, thereby creating an Industrial IoT platform. With rugged computers of various sizes available for online access from the factory floor, assembly personnel reap the following benefits:

With rugged computers, automakers can document information, report progress, and retrieve data along every stage of the production line. Furthermore, on-floor personnel get live access to complex software programs for data entry and retrieval while standing in areas that would be hostile to conventional computers, such as automobile passenger compartments during the inspection and testing stages.

In a field that demands constant innovation, automotive personnel are generally busy around the clock as questions get raised, orders get handled, and deadlines near for vehicle assembly, inspection, maintenance, and delivery. Just decades ago, the time it took to sort through reams of paperwork and manually record and access data would never have enabled the speed and precision that automakers have come to expect today.

Thanks to rugged computer technology, vehicle assembly lines have become paperless factories. The advancements in the rugged computing industry have directly reduced the time it takes to manufacture vehicles. Start saving your company money by checking out the many resources on rugged computers for auto manufacturers.

Paige Stanton is a content creator for the rugged computing industry. She enjoys staying on top of industry trends and product releases. When not writing about the rugged computer industry Paige spends her time traveling. 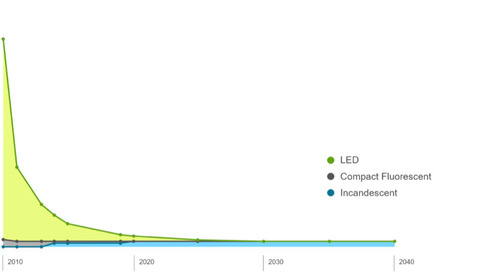 Even on anticonvulsant medications, patients with epilepsy struggle with spontaneous seizures. While infreq...