Long Term Evolution (LTE), the standards-driven technology for high-speed cellular connectivity, is perhaps best known for enabling consumers to stream high-definition video to their mobile devices across most of the world. The technology is often referred to as “4G” (although strictly speaking, 4G uses an enhanced form of LTE called “LTE Advanced”).

The LTE standard is managed by the 3rd Generation Partnership Project (3GPP), which was formed through a collaboration between telecoms partners, and was first specified in the organization’s Release 8 document (adopted in December 2008), with enhancements added in Release 9. Since then, LTE has been adopted by many international cellular service providers including those in North and South America, Europe, Russia, India, China, Korea, and Australia. The standard covers a number of frequency bands in the 700 to 2600 MHz range to facilitate its use by carriers in different regions.

Internet access using a smartphone connected via LTE is something consumers take for granted. It’s a simple step, therefore, to imagine a world where the emerging Internet of Things (IoT) also leverages such technology to connect billions of sensors to an expanding network. It’s a much harder step to make it happen. But now, 3GPP is tackling the challenge head on by introducing enhancements to the LTE specification that will allow semiconductor companies to come up with practical low power cellular IoT solutions.

From LAN to WAN

Today, it’s relatively simple to connect a Bluetooth low energy-powered sensor to the IoT, provided a smartphone or Wi-Fi router is available to act as a gateway to the network. Such local area networks (LANs) are commonplace in homes and offices. But for the enterprise, industrial, and agricultural sectors, things can be more of a challenge because in many applications the sensors could be out of range of a LAN, particularly if they are attached to an object that’s constantly on the move.

Cellular technology is a proven way to directly connect remote devices to the Internet in the absence of a LAN, and a healthy industry has grown supplying modules using 2G and 3G technologies for wide area network (WAN) applications such as machine-to-machine (M2M) communications.

The downside is that these modules are expensive ($30 to $40 for 3G devices), bulky, and consume lots of power, so they are poorly suited to multi-billion installation applications such as sensors used for parcel tracking. As a result, there’s increasing demand across a broad market for low-cost (below $5), compact, power-efficient (microampere average current) LTE modules that facilitate low power WANs (LPWANs).

Further, carriers are keen to encourage a market for low-power, low-data rate devices because they easily have the bandwidth to accommodate the relatively small amounts of data these devices generate alongside the high-definition video streams and social media traffic already transported over their networks. Not least, such business promises to provide a welcome new revenue stream to help offset the huge cost incurred by the carriers when buying RF bands.

To meet this groundswell, 3GPP has introduced a specification for two forms of low power LTE—LTE-M (for M2M) and Narrow Band-IoT (NB-IoT)—detailed in Release 13 of the standard. LTE-M specifies a low-complexity modem enabling simpler, lower cost, and lower power LTE devices to be developed with peak uplink and downlink data rates of approximately 300 kbps, RF bandwidth support of 1.08 MHz and 20 to 23 dBm transmit power.

NB-IoT features an RF bandwidth of 180 kHz with peak uplink and downlink data rates of approximately 30 kbps. Transmit power remains at 20/23 dBm. Both LTE-M and NB-IoT devices will have a range of tens of kilometers and battery life of at least several years.

From specification to commercial product is a long road. Some companies have announced products for sampling later this year with production in 2017 to coincide with first commercial deployments of the enhanced cellular infrastructure required to support low power cellular IoT. Broad coverage of this infrastructure will occur between 2017 and 2020.

It’s going to be interesting to see how this market segment evolves.

Thomas Embla Bonnerud gained his M.Sc in Electrical Engineering from the Norwegian University of Science and Technology (NTNU), Trondheim, Norway in 2000. He joined Nordic Semiconductor as a Design Engineer in 2001. Bonnerud then moved into a management role at Nordic and played a key role in the development and roll-out of the company’s class-leading Bluetooth low energy SoCs. He was recently appointed Nordic’s Director of Strategy. 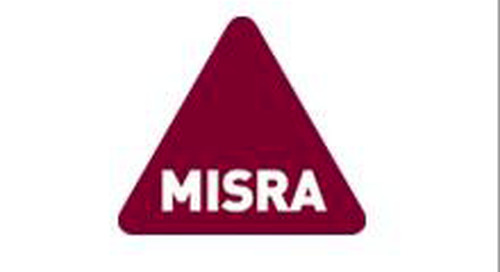 Understanding the new guidance on MISRA compliance and deviations

In civilized societies, rules are developed to protect lives and possessions. Any time exceptions to the ru...

Innovations like advanced driver safety features and electric and autonomous driving capabilities are on th...