When you are working on proving the feasibility of a project, you sometimes need to think on your feet. The solution to the immediate problem doesn’t need to be suitable for volume production, long lasting, or reliable. It just needs to work. The longer-term solution can follow later.

I recently got involved in a project that aims to bring water to people in Africa and other places that, unlike England, don’t get wet whenever they go outside. The project is founded on the principal that if users pay a little for their water there will be sufficient funds in the system to maintain the supply infrastructure. The project sought to prove the feasibility of using LoRa radio to enable real-time reporting of data – IoT for the remote African countryside!

One of the first surprises that I encountered was the realization that although many Africans don’t have running water in their homes, they do have a smart phone. The e-wallet function of a smartphone is commonly used in Africa. The eWaterPay system uses the smartphone to purchase credit that is stored on an RFID tag that enables water to be dispensed.

The e-Tap had been developed previously, but it was undergoing some upgrades. It dispensed water and collected usage data. The next phase of the system was automating the data collection from the e-Taps to the cloud. 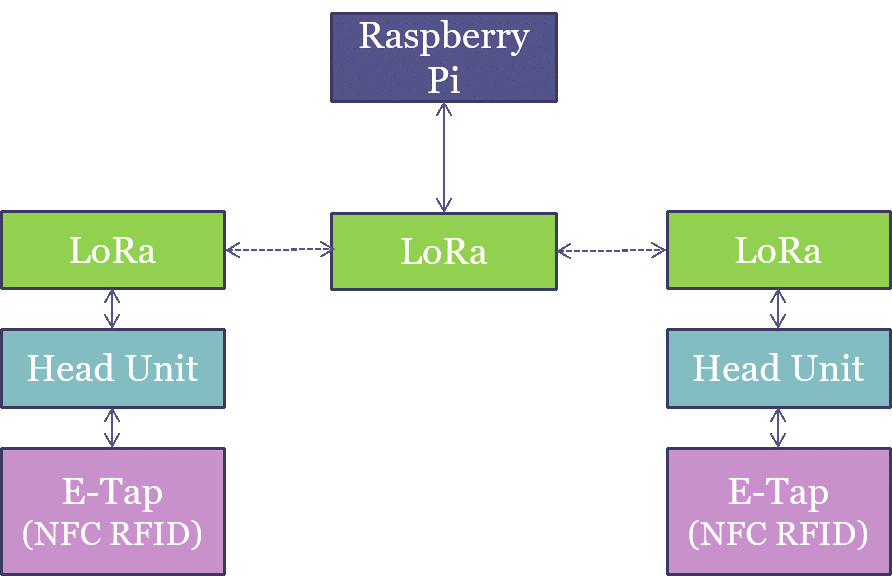 The Pi was chosen because there was a significant amount of work already done that took files from the Pi and sent them via 2G to the cloud. Another reason was that CognIoT already had experience sending data over LoRa on the Pi. The project time-scales encouraged the re-use of existing IP as a way to meet the tight deadlines.

One of the system problems encountered was with the GSM link. The GSM communications worked very well when tested in the UK before shipping. However, the GSM system in the UK would use 3G and 4G whereas the field trial location only had 2G. The mobile phone masts are more widely spaced than in the UK, so the 2G system increased its transmission power to the maximum. This caused higher power supply current to the GSM modem that would drain the battery and stall the system until the sun fed more power into the solar cell.

The field trail was held in the Gambia at the end of 2016. The system is typically installed village by village. A village may have hundreds of taps or could be smaller and have perhaps only 1 tap. The feasibility project was being installed in a village where there was an existing set of e-Taps. [You can see the installation of one of the hub units. The Green box is the hub unit with the solar panel on top.]

[RF engineers will be screaming at this photo. The antenna for LoRa and GSM is being located next to a concrete wall and just below a metal roof. Not an ideal location.]

The field trial soon had systems up and running and data was being collected. There were some teething problems. After all, that is what a field trial is supposed to find. The GSM connectivity was tougher than expected. The previously mentioned power supply requirement caused a few problems. Another problem was the occasional re-boots of the Hubs that were triggered by an unknown cause. We still haven’t really got to the root cause but a temperature test showed that the ambient air temp was often well above 30 ⁰C and frequently close to 40 ⁰C. Although the hub did not generate a lot of heat (<1 W) on average it was suspected that heat could be a problem. Some measurements showed the air temp in the hub housing could reach 65 ⁰C so its reasonable to assume that the components could reach 70 ⁰C – 80 ⁰C. In an attempt to remedy the situation, the hub was shaded by taking a plastic bucket, cutting it in half, and securing it in position. You have to admire the ingenuity! 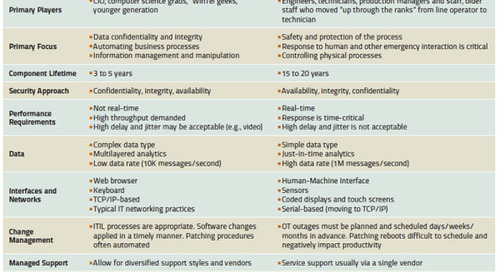 Securing a factory's OT network and the role of trust

When leaders have advanced knowledge of how and where their cyber defenses will be attacked, they mobilize ...

On nearly every street and highway in the world, digital signal processing (DSP) is improving the sound fro...