Hands down one of the coolest booths I visited while at CES, QNX Software had two vehicles on display that were retrofit-ted with their latest technology: a Jeep Wrangler and a Maserati Quattroporte GTS.

The Jeep was used as part of a demonstration of ADAS that combined the QNX Car platform, ADAS algorithm processing from Itseez’s, and Elektrobit’s EB Assist ADTF Framework with cameras, LIDAR, and ultrasonic sensors to detect traffic signs and issue forward collision and lane departure warnings. As the vehicle (unfortunately) had to be stationary at the booth, the driving scenario was positioned in front of a 12-foot HD screen so you could get a feel (yes, the steering wheel actually vibrated in certain instances) for how the systems could all come together on the road.

While the Jeep contained technology that is available today, the Maserati was actually positioned as a concept car, and included speed recommendations, parking assist, and a collision warning system that was highlighted by an LED-based display that appeared over the dashboard to indicate the direction and proximity of obstacles around the vehicle. In addition, the rear- and side-view mirrors on the Maserati were replaced by video displays that helped mitigate “objects being closer than they appear,” and also issued color-coded alerts when objects entered the vehicle’s blind spots.

Grant Courville of QNX asserted that the current challenge with ADAS systems is that no frameworks exist for integrating them into the car, which is something the company hopes to integrate into versions of their safety-critical OS in the future. 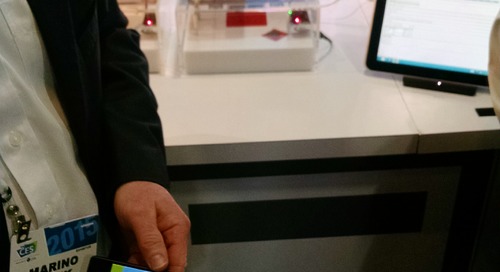 NXP Semiconductor occupied a portable in the show's central plaza, and inside I found out why. The company ... 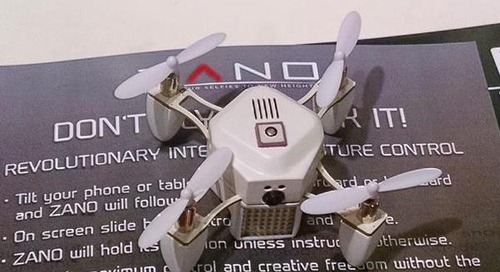 In the unmanned system section of the show I ran into some embedded technology, but maybe not in the way yo...