To this day I find myself regularly debating the improper crowbarring of commercial IT solutions into industrial applications, where a natural lack of longevity and inadequate environmental specifications are often ignored as the lure of low cost blinds the project manager. Recently, I’ve observed the polar opposite: solutions with true industrial credentials are finding a home in environments where, historically, commercial solutions were king. But why?

One of the primary factors in the commercial/industrial debate is the cost of failure – not necessarily monetary loss, but the associated consequences of any downtime. While this is not so critical in an office where one can simply move machines, it is imperative in manufacturing where an entire production line can cease operation. Today, the new point-of-sale applications where technology is thrust in front of consumers demands near 100 percent reliability – and not because anyone will die through lack of coffee, though I’ve felt close to that myself on occasion!

Self-service touch-screen machines that dispense a seemingly endless variety of foods and drinks rely on large touch screens to act as the human machine interface. Retailers are increasingly deploying such touch screens in-store to help sell cosmetics, glasses, and other worldly goods, cleverly utilizing the LCD display to offer a virtual mirror to prospective customers that enables them to sample products without the cash burden of holding vast stock. Elsewhere, high-value goods manufacturers such as vehicle makers are employing such devices to act as virtual salesmen – a huge saving on the real thing and without the demand of commission.

So why are our industrial and Panel PCs being selected? Quite simply because these brand-conscious companies cannot afford downtime. Millions of dollars of marketing effort can be lost instantly by the perception Joe Public has at seeing a blue screen of death, particularly if it prevents his intended activity. The other consideration is Joe Public is inherently unaccountable; you’d expect your employees to operate delicate machinery with care and sensitivity, but the general population has no such qualms nor responsibility. Finally, with thousands of such devices deployed nationally or internationally, serviceability requirements must be a critical business consideration.

High-performance x86 computers derived from our embedded space tick all of these boxes, designed for 24/7 reliability and utilizing passive cooling technologies to avoid the inevitable and eventual fan failure of often actively cooled commercial variants – offering fit-and-forget deployments. With PCAP touch screens we’ve said goodbye to the fallible resistive alternatives of yesteryear and now have vandal-proof solutions to offer. If they can survive scalpel blades and hammer blows and being hosed down, they should just about cope with your typical shopping mall visitor.

Expect to see a rapid expansion of the use of such technology in retail outlets, restaurants, and far further with new applications invented daily. I visited a family restaurant last week where the soft drinks dispenser employed an 8-inch PCAP touch-screen display. For me this served vanity rather than offering any tangible benefit, but in our brand-conscious world, quite often that’s more than enough.

IoT Roadshow, San Jose - Redpine Signals: Have your car talk to mine

I recently spent some time with Redpine Signals, a San Jose, Ca.-based company that focuses on ultra-low po... 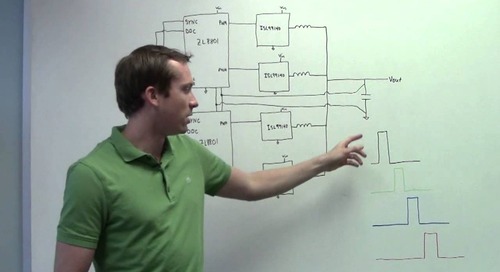 Digital power is an oxymoron to some people, but it really shouldn't be. While many (old-school?) designers...