What are the biggest challenges in sensor development, be it a single sensor or handling sensor fusion?

A few months ago I did a kind of MEMS 101 class with a bunch of startups, sort of an incubator unit out in Chandler, Ariz., and they had some very basic questions. One of them was, “Where can I get an accelerometer? Where do I buy one?” So it’s simple things like that. You can go to the MEMS site – the MEMS Industry Group (MIG) is a good place to start to get some resources. Then it’s going to the vendor sites like Freescale, ST Microelectronics, Bosch, etc., and then you start to understand what you need for your particular application. That’s the sensor side, picking a magnetometer, a gyroscope, or an accelerometer.

Then it comes down to how do I really bring these things to life by fusing the data that comes from them together with multiple sensors? That’s sensor fusion. Those are the algorithms that if you have a pedometer or a sleep analysis application that lets you know if you’re walking or running or sitting to understand the different states you’re in.

The algorithms are essentially 80 percent math and working out the equations of what you need to do when things start to move, and the other 20 percent is getting it to work in a real system. It’s the 80/20 rule – sometimes that last 20 percent can take 80 percent of the time – because what you’re doing is taking something that might work in isolation because of the mathematics of the algorithm, but when you put it in a fairly harsh environment like a smartphone or a tablet, you’ve got a lot of other interactions going on with other electromagnetic forces. You’ve got speakers and magnets around, you’ve got the traces on the circuit boards that affect fields, and so on. That all starts to get fairly complicated if you haven’t done it before. It’s not so much writing your first algorithm as it is getting it to work in a real system.

It’s possible to get these algorithms from algorithm companies, and there used to be quite a few, but they’ve all been swallowed up now by hardware companies. So there are no longer independent algorithm companies except for the likes of PNI in Santa Rosa, Calif., and Hillcrest Labs in the Midwest. You can obviously go to the hardware companies and they will license the algorithms to you, but one of the things I wanted to do with this open-source algorithm initiative, or what we call the Accelerated Innovation Community (AIC), was give these startup companies a foundation they could start from. Basically open-source, free software algorithms that allowed them to get their first product going, even if it only got them a prototype or a proof of concept design that they could get in front of an angel investor just to give them a demo. What we’re trying to do is rely on some of the expertise of the people who have gone before us and worked on these kinds of applications and usage models and environments for many years and have tweaked those algorithms to get you started.

How did the AIC come about, and what is currently available to developers?

I actually started these discussions with Freescale over lunch, and they were willing to put in their basic algorithms. These are algorithms that probably most of the vendors have and they’ve all done their own version of them, and when a startup came along before the AIC they could try to license them for a cost or try to develop them themselves – for a basic pedometer, a step counter some, basic filters, whatever.

What we discussed was that people are reinventing the wheel every time for this very basic stuff, and it impacts cost, it impacts time to market, and we said, “What if we could do the basic stuff just to get people going?” That would allow them to focus more on their value add – on what the product is really about. Like on a smartphone, you’ve got to have something that does portrait landscape as you flip the phone around, but your real value add is then adding health applications or environmental monitoring applications. If I’m a startup, that’s where I want to focus. That’s how the AIC was born.

Freescale was the first to put their algorithms in, PNI has put some in, we’re getting algorithms from some of the universities like UC Berkeley and Carnegie Mellon, Analog Devices is going to be putting algorithms up there, and Kionix as well. Those are the main companies we launched with back at MEMS Executive Congress, and there are more coming aboard. There are some things up there, from a sensor fusion point of view, such as 3-axis, 6-axis, and 9-axis sensor fusion. So a design that uses basic inertial sensors such as an accelerometer, gyroscope, or magnetometer could make very good use of them. There are also some basic filters like Kalman filters, Quaternion filters, etc., and PNI has put up some heart rate monitoring capability and a step counter as well.

What the end user has now is a choice: you can take some very basic stuff and get started, and then either build on top of that in house or go license it from one of the sensor vendors or algorithm vendors that are still out there. So it’s giving you a little bit more choice. 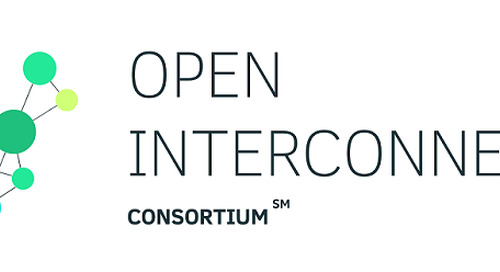 A fantastic adventure into programming

Simple coding projects and DIY/maker boards can be a fun, practical way to introduce the art and science of...