Whilst the display manufacturers race to produce even larger displays with ever impressive resolutions rages on, those manufacturers within a rapidly emerging sub-sector are focussing on increasing visibility by non-dimensional means – bringing that display closer to your eye. This isn’t a necessarily a new concept, though past iterations were held back by clunky components, poor resolution, and power consumption so astronomical that battery lifetime was insufferable. That’s now all changing thanks to organic light emitting diode (OLED) technology, which promised, and delivered.

In our environmentally conscious age another key characteristic is the significantly lower requirement for utilising polluting materials in manufacture. Whilst the power requirement is in the magnitude of hundreds of times lower than an equivalent size and resolution display, of course this in itself paves the way for an abundance of new battery powered devices.

One company that caught my eye (pun intended) pioneering in near-eye displays is France’s MicroOLED. Their current offerings span 0.38″ to 0.61″ offering up to SXGA resolution, in our HD (and even 4K) age this first seems somewhat old hat, though consider on a device mere millimetres from your eye, this is an incredible depth of detail. All models are ground-breaking in other expected display attributes, with exceptional uniformity, contrast, clarity, and an almost non-existing response time – of course any lag in the applications these are destined for would make the very concept untenable. So what are these applications?

When one thinks of near-eye display technology, most will first recall the highly publicised Google Glass project, which many will say struggled to capture the public imagination. As with almost all emerging technologies, what near-eye technology needs is a problem to solve, not just a desire to chase technology for technology’s sake.

An increasingly ubiquitous application for such near-eye technology is electronic viewfinders, most popularly, though not exclusively, found in digital cameras/camcorders, from relatively basic commercial versions to the very highest end professional 4K and/or 3D variants, perhaps recording the next blockbuster. Historically such viewfinder displays suffered from poor image quality, poor latency (lag) and was one of the primary causes of battery drain. Today OLED technology promises sub 1 µs response times at 120 frames per second, thus delivering blur-free images of even the fastest moving objects, all whilst consuming a fraction of the previous power requirement.

In the security sector, be that civilian or military, accurate imaging equipment can be crucial for saving lives. In addition to providing a level of optical zoom the eye is incapable of in daylight, utilising thermal imaging and night vision permits the OLED to seamlessly unveil what the human eye is incapable of seeing on its own. With recent events involving law enforcement particularly, the ability to record that data for later interrogation in a court of law is itself becoming an important facility. Expect this technology to be pushed into other emergency services, fire fighters, and paramedics would both benefit hugely from such a facility.

For us consumers, near-eye technology is re-inventing itself in replacing the video glasses of old, now promising an immersive, 3D and surround sound experience with the impression of a theatre widescreen, yet completely privately. No longer must an entire room be assigned to such an experience and consume the attention of everyone within it, such video glasses can be connected to any media player or games console and provide a completely private experience that doesn’t impact on anyone else – particularly of interest to parents with teenagers, one suspects!

Whatever the application, near-eye displays have addressed their historic shortfalls and are ready to break into the mass-market, all made possible by OLED display technology.

ECC RAM has historically only been found in servers, but it's now finding its way into embedded and industr... 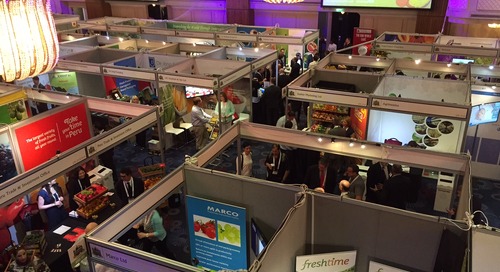 One rapidly growing (pun intended) application for embedded computing can be found in the food production c...