Meet the CHIP that's taking Kickstarter by storm: a $9 computer

A group of excited coders, makers, and shakers have created the world’s first $9 computer called the CHIP, which has gained nearly $2 million from backers on Kickstarter. According to the start-up group, Next Thing Co., “making” and developing just got significantly easier and cheaper. 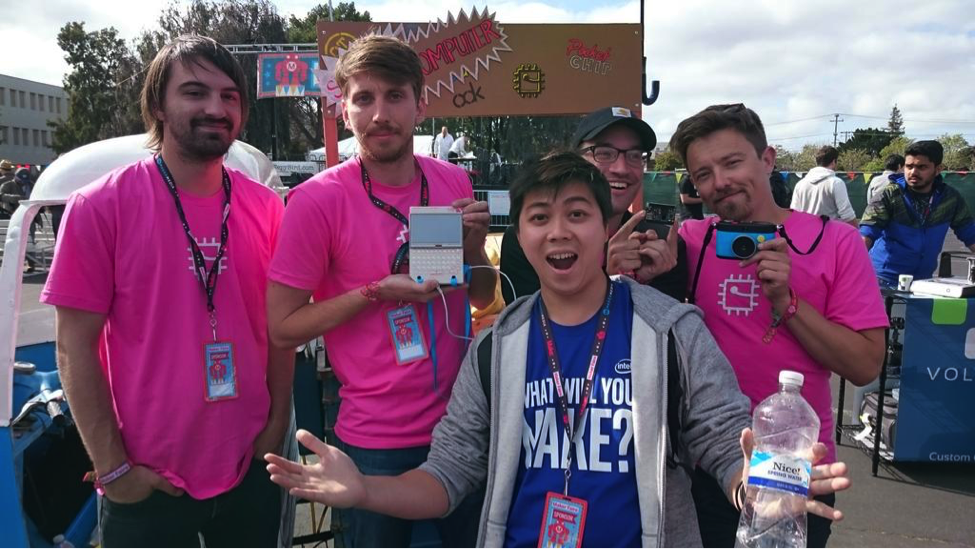 The CHIP team showcasing their new chip at a maker faire.

The team seems pretty happy, and if you look at their Kickstarter video and other information, it’ll be no surprise why. Their pledged goal of $50,000 has been superseded by about 5,217 percent! Their current backing is almost $2 million and counting with time left in their campaign.

When I took a looked at their campaign, it wasn’t hard to see why. I was tempted to pledge and get my own CHIP reserved on the spot, but I resisted temptation for a few days longer. CHIP is basically a computer with built-in Wi-Fi and Bluetooth that Next Thing Co. is selling for $9. It lets you to do everything from writing documents to surfing the web to playing games. 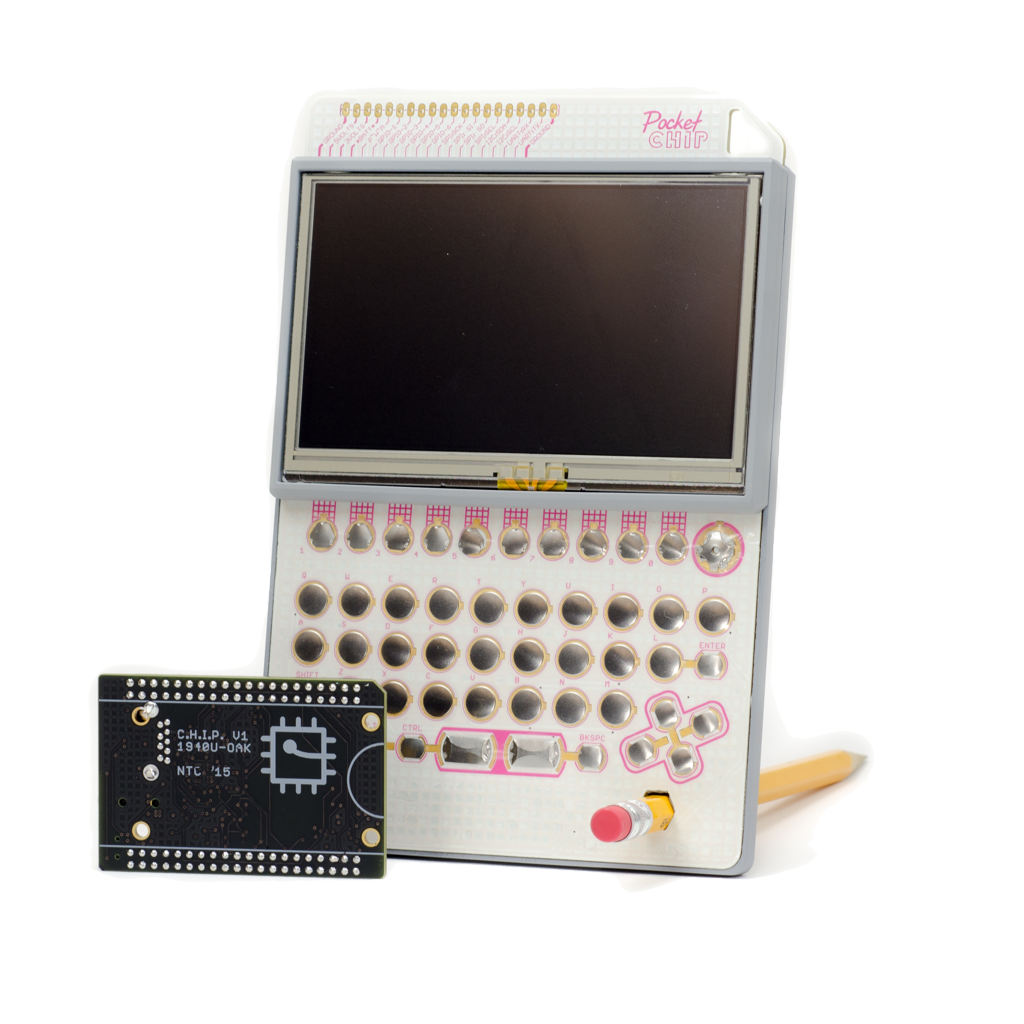 There are still a few $9 CHIPs left on the Kickstarter campaign at the time of writing if you are interested. You can pay a little bit extra for a battery, VGA, or HDMI connection port, as well as a PocketCHIP that gives you a screen, keyboard, game pad, and battery. A PocketCHIP, HDMI port, and CHIP will cost you $64. One of everything will cost you at around $93, including an extra CHIP.

This team developed the CHIP themselves to be small, but powerful with a 1 GHz processor, 512 MB of RAM, and 4 GB of internal storage. You could view it as the open-source cousin of the modern day cell phone. This means it’s a bit slower than netbooks, but 4X cheaper.

CHIP runs Linux and has more than 1,000 free apps that you can download, including LibreOffice, Audacity, VLC Player, and tons of games. You can either use it within the PocketCHIP, which runs for five hours on battery power, or plug it into a monitor or TV to play games or do work.

I don’t necessarily need the CHIP because I have many other devices that can do similar tasks, like Raspberry Pi, Raspberry Pi B+, Raspberry Pi 2, BeagleBone Black, various Arduino boards, and so on. But I do love its adaptability and portability. Considering that you can easily pair over Bluetooth to attach a mouse and keyboard, it would be easier for me to do work if I plugged the CHIP into my TV via the HDMI port. Working while sitting on my couch with only a keyboard and mouse on my lap as opposed to a hot laptop is appealing, and for just a low cost.

Cabe Atwell has been an electrical engineer for 17 years, but a creator for 30. He claims to be an engineer, machinist, writer, designer, maker, and inventor. He’s built and sold CNC equipment, paintball guns and accessories, a drink-mixing robot, motion-control products, LED lighting systems, motor drivers, haunted house effects, audio devices, circuits for an array of products, and countless custom work that would take too long to name.

Should carmakers be held accountable for cyber security vulnerabilities?

One of the biggest challenges start-ups face today is finding the best way to monetize their offerings in a...