As the enterprise cloud begins to integrate with embedded applications via the Internet of Things (IoT), Ashar Baig, research director at Gigaom Research forecasts the coming years for public, private, and hybrid cloud architectures.

What are the biggest growth areas for cloud technology?

As for the consumption of the cloud, how do we consume cloud? We go to a service provider and we purchase a managed service, or just using their credit card your employees can order any type of SaaS offering. It doesn’t matter if it’s [Microsoft] Office 365 or Google Apps or Basecamp or VeriSign or Marketo or Box or Dropbox services, the range is so wide that they can use the cloud in so many different ways. But what’s happening is that a lot of providers like CenturyLink, Verizon Terremark, and Rackspace are bundling different services because they don’t want to be the one trick pony. What they’re doing is offering data protection, disaster recovery, business continuity, and all of that stuff, but then also offering mobility, also offering security. And by the way, security and compliance go hand in hand, so their networks are also HIPAA compliant or PCI compliant, and so on. So what they want to do is make their solution more “sticky,” so now that you have six or seven of their services it’s very hard for you to go to someone else because the turnover is so high in the cloud space.

We see a lot of consolidation that’s going to take place in that arena because large companies are coming into the cloud. That includes telcos, copier companies, so many other companies that you never thought of. But what they bring to the table is they have customers. You’re a customer of Verizon and they send you a bill. That bill is for your telephony service or maybe your Internet or maybe your cell phone, and it’s very easy for them to add three or four more line items to your bill. They can provide you backup, so why are you using Box when they can be ‘Box’ for you? That would be just another line item – $10 for X gigabytes. They can also provide you mobility-as-a-service. They can also provide you antivirus and security-as-a-service. So, the next thing you know, they’ve added four or five or six products to the same customer base to make their product more sticky, and also get more revenue per user from their existing base.

So how do you think these scenarios are going to end up shaking out?

BAIG: Acquisitions. A lot of acquisitions and a lot of fall out. So the smaller, weaker players that don’t have the diversity of offerings will go out of business because they will not be able to compete with the bigger players. The ones that will be able to compete are the ones that are verticalized, that specialize in a certain vertical. That expertise, Verizon does not have, at least not today. So if I only care about the day traders of the world, or only the law offices in the greater Washington, D.C. area, or only the dental offices here because I used to be in that business, I know that business inside out, I know their regulatory requirements, I know their security, I know their applications, I know their types of workloads, all of that stuff, I can cater to them better than anybody else. So these larger providers like Verizon and Rackspace and so on, they’re going to try to acquire this expertise by acquiring these specialized, vertically specific companies, so the total landscape is going to get reduced by one-third, if not more. In an ideal case, almost half of the companies out there today are either going to get acquired or go out of business within the next two years. This is going to happen really, really fast because cloud is mainstream today.

We used to talk about “the cloud” as in hybrid cloud, public cloud, private cloud, this cloud, that cloud, and that was the education we needed. Last year, 2013, is when the cloud entered the mainstream phase, and people started adopting the cloud. It came from the top-down. So the CIO said to the IT guy, “My partners, my competitors, pretty much everybody that I play golf with is using the cloud. Are we missing something? Are we at a competitive disadvantage? Look into it and come back to me with numbers.”

You mentioned the public, private, and hybrid cloud architectures. What are the differences, and which architecture should companies look to moving forward?

BAIG: The reality is most of them are using all three types of clouds today, they just don’t know it. Or their employees are using it. Nineteen different clouds are used in a typical organization, but the IT department doesn’t have control, so right now they’re scrambling for that control.

To me, the definition is very, very simple. Anything behind your firewall is private. Anything outside your firewall is either hybrid or public. It’s primarily public, but when you interact between the data that’s in the public cloud and whatever is behind your firewall, that’s hybrid. Today, that mix is 30 percent of the workloads on average for organizations are in the public cloud, and 70 percent are on-premise in the private cloud. That number is going to actually reverse in the next five years, so [the public cloud] will go from 30 percent today to 70 or 75 percent in the next five years. That’s where the dust is going to settle, and it’s not going to change much from that.

People think the private cloud is going to go away? It’s never going to go away. Mainframes will never go away. Tapes will never go away. There are certain technologies because they’re so fundamental to how we use them that they will never go away. The data that’s on your mainframes, you’re not ever going to move into the public cloud. There are certain applications that are very sensitive in terms of intellectual property. Let’s say I’m Intel and I’m making chips, I’m not going to move that data to the cloud, no matter how many security guarantees I have because I don’t want NVIDIA or AMD or my competitors to find out even the slightest details about my next generation chip that could cost me billions, or, in some cases, hundreds of billions of dollars for that leak. So, for that security reason, or for compliance reasons, or for performance. There are certain applications that are very sensitive to performance like microsecond financial transactions, online transaction processing, and online gaming. If there’s a microsecond delay, user experience can go down quite a bit. So those applications will stay on-premise. In some cases, the public cloud will be fully capable of processing those workloads from a technical perspective, but it’s the inertia, it’s the anxiety that is in the mind of the user that’s going to say, “This is never going to move. This is my crown jewel and I’m always going to keep it behind the firewall.”

So you have a public cloud and you have a private cloud, and there will always be this hybrid in between. What does hybrid mean? I’ve got to make these workloads in the public cloud work with these workloads in the private cloud. For example, all of my customer’s CRM data is in the public cloud, but all my real-time data is [in the private cloud]. Big Data analytics is all about combining the two and then running analytics and queries on that. When you run a query, the wider date ranges and the wider data sets that you use, the more information you’re going to get. So that interaction [between public and private clouds] has to happen. So for those workloads, if it’s Cassandra versus MongoDB, all of that has to work, and it’s the job of the enterprise and the cloud provider to make sure that the user experience does not go down. 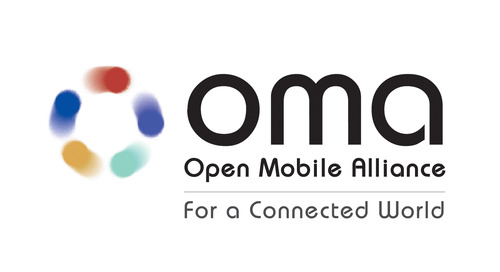 OMA-DM, LWM2M, and the direction of the Open Mobile Alliance are outlined in this brief interview.

If you design the software right, you can really take advantage of multicore systems. As the April 2013 Dr....