The open-source community has been addressing storage interoperability issues for more than a decade, creating drivers for various unsupported file systems. That can cause an issue, for example, when switching from Windows to Linux or working on Linux with Windows partitions. Linux users working with Windows Resilient File System (ReFS) formatted storages on Linux systems can’t easily work with these partitions due to the operating systems’ incompatibility unless they run side by side both operating systems (OSs).

The software supports SMP kernels and ReFS (1.x) volumes mounted by the “urefs” driver can be shared over local networks, such as SAMBA/FTP. The Linux driver (urefs.ko module) can be installed alongside an existing NTFS&HFS+ for Linux driver (ufsd.ko module) on the same platform.

ReFS for Linux is based on proprietary Universal File System Driver (UFSD) technology, which lets any device communicate and share files, regardless of the OS employed. Note that Paragon’s portal for dual-boot users hosts a comprehensive line of tools for users of multiple devices on Android, Windows, macOS, and Linux to resolve incompatibility issues.

Katia Shabanova is a director at Paragon Software Group where she manages programs for the company’s mobility and disk utilities divisions within the US and European regions. 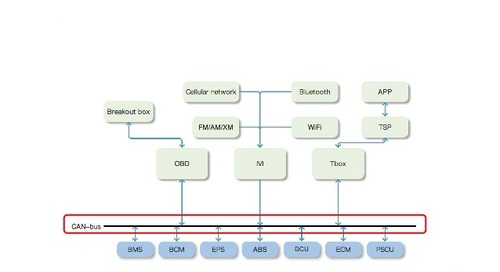 Revisiting the CAN bus to secure connected cars

The CAN bus and its security are at the center-stage after a number of high-profile hacking events that sho...

June is National Safety Month and a great time to look at the tremendous advances in automotive technology,...