How to counter frozen images in automotive displays

High-resolution displays are the new norm in cars for infotainment, navigation, and instrument clusters, and chips are becoming available to ensure automotive-grade reliability for these increasingly larger and higher resolution displays.

Take the case of rearview cameras that stream live video onto full-display rearview mirrors. All new vehicles in the United States to be sold after May 2018 are required to have a rearview camera to prevent backover accidents. And these rearview cameras must display video in less than two seconds after the driver places the vehicle into reverse gear. That brings into question a critical issue in automotive display design: fast boot reliability.

The processor bypasses the SoC by decoupling the camera-to-display signal path from the rest of the infotainment system and instantly displays the rearview camera video and it ensures a smooth input switching between various input sources to avoid screen flicker.

The TW8844 processor features two input measurement engines to monitor input from the SoC and camera for frozen image diagnostics and it's complemented by an EEPROM-based fast boot that allows register programming without the need for an external microcontroller.

Rohm Semiconductor and its affiliate company Lapis Semiconductor have also unveiled a display driver chipset for automotive-grade LCDs. However, to counter frozen screens, Rohm has integrated a timing controller onto its LCD driver chipset to incorporate a fail-detection function for verifying infotainment chipset operation.

The chipset facilitates feedback on input signals to the LCD and warns about potential peeling or destruction of the LCD driver. 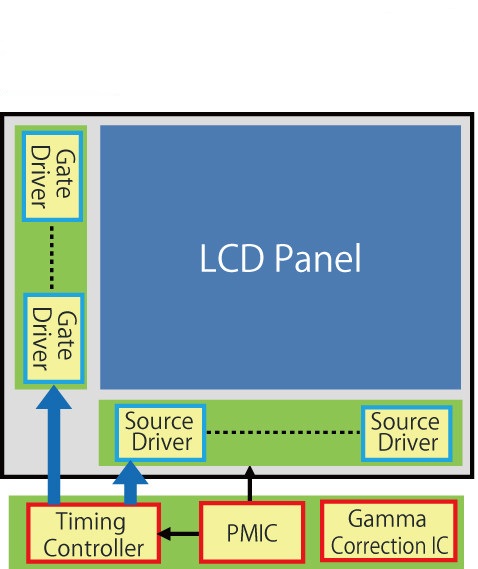 Rohm claims that its chipset is the first one that supports functional safety for displays. The Japanese chipmaker is aiming this display driver chipset for side mirror and speedometer designs.

Making the leap from Arduino to Raspberry Pi: Why change?

Things to consider if you want a smart home

Imagine that you’ve almost reached your office only to remember that you forgot to lock your front door. Yo...