How do we inspire tomorrow's embedded engineers?

Since I’ve long since graduated from being the “newbie” in the embedded and electronics industry, I often ponder what we can do to attract fresh blood, the engineers of tomorrow, to our somewhat niche space. I asked myself the question of how I ended up within the embedded industry, the slightly embarrassing truth is it wasn’t intentional. At the beginning of my career, I found myself desperate for a role that utilised my (for my age) exceptional IT knowledge – finding that role whose description matched my skills in an “embedded computing” company – I glossed over the unfamiliar “embedded” and leapt straight to exclusively focussing on the “computing”. Who would’ve known I’d quickly find embedded computing exponentially more stimulating than I ever would have in the commercial IT space, and the rest is history. Of course we cannot rely on duping or luck to attract tomorrow’s engineers to our industry, so I must look beyond my own doorstep for the answers.

A good supply of innovative engineers is essential for the long term success of any company, particularly those with focus on R&D, though the reality seems to be the pool of such engineers runs drier year after year – a “design drought” if you will. First world companies faced with this resource gap increasingly turn to other countries (or even continents) to satisfy that need; developing countries have responded by placing education high on the agenda to offer to the opportunities to improve long-term quality of life for many of their citizens – and this imported labour is often also considerably cheaper. However, in my experience the increasing lack of “home-grown” engineers is not due to HR playing the capitalism card and hiring at the lowest rate they can; those home-grown engineers simply aren’t there to hire.

Certainly in the UK, if you observe the changes in town centres over the last few decades you’d be forgiven for assuming the UK is now a service industry and asking if such a nationwide requirement for R&D really exists – as that all takes place in the far-east now doesn’t it? Whilst it’s true that some famous industry behemoths have historically relocated massive R&D centres from the UK to areas with lower labour rates, the exponential growth of SMEs in the UK, particularly in our embedded industry, is fuelling the substantial growth in UK-based electronics R&D we see today. Statistics gathered suggest UK engineering companies are projected to have 2.56 million job openings from 2012-2022 – and I’m sure the story is similar on mainland Europe and across the Atlantic.

Factoring that prediction against the current numbers of students entering into engineering, the UK must double its number of engineering apprentices and academically qualified graduate engineers to meet that demand – or it will have to be satisfied from further afield. So how do we address this?

Attracting new talent to the embedded industry is not a new thought, but what is new is how the industry has developed has shaped its attractiveness to young people. When I joined the industry, bland PC/104 development kits were as sexy as it tended to get as demonstrators and we suffered from an elitist and short-termist attitude that appeared at its core intended to repel such students, as they weren’t contributing to turnover today. In 2015 we’ve seen a substantial reversal – I don’t believe the embedded industry has ever been sexier.

Of course I must qualify that, and I will. The touchscreen and IoT revolutions have driven embedded computing, from a term few had heard, to the core technology at the heart of the very sexiest consumer-facing technologies and products. Young people are inspired to understand how these devices now essential to them function and naturally develop an enthusiasm to innovate their own ideas into the marketplace.

Simultaneously, embedded and electronics companies, no longer focussing on just today’s order book, are reaching out to schools, colleges, and universities to get in touch with and inspire students directly. The advent of easy-to-use development kits that cost less than a meal for two facilitates that ability for students to touch, feel, try, and play that is vital in arousing that interest in embedded at an early age. At age 8 I was let loose on DOS, armed with only a few magazine tutorials on how to program the most basic of games – I can trace why I’m here today to that very event, so perhaps reflecting on myself wasn’t so purposeless after all… 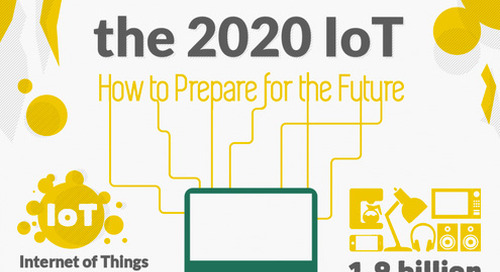 The Internet of Things (IoT) is everywhere right now. All industries could (and likely do) have systems con...

ECC RAM has historically only been found in servers, but it's now finding its way into embedded and industr...