Topping market research firm Parks Associates’ list of Top 10 Consumer IoT Trends in 2017 is this: Voice control is vying to become the primary user interface for the smart home and connected lifestyle. At the CES 2017 show in Las Vegas I saw—and heard—that trend in full force, with demo after demo of connected products controlled using Amazon Alexa, Google Home, and other interactive voice interfaces. Clearly, voice control is set to become a big deal in the IoT. But what does it mean to designer engineers working on the IoT’s “things?”

Designing, testing, and launching any serious product for the IoT can be really hard. The difficulty stems from the very thing that’s so appealing and powerful about the IoT: its multi-faceted interconnectedness. There’s no such thing as working on an isolated piece of the IoT without simultaneously maintaining a holistic view. Everything connects with everything, so everything must work with everything.

Nothing about IoT design or implementation is simple, straightforward, or linear. Plus, it presents a constantly moving target. IoT technologies advance and morph continually, and new ones need to be integrated into IoT solutions to keep them up-to-date.

Embedded designers working on IoT-connected products already face a litany of technical challenges, including complex software dependencies, managing both device and cloud communications stacks, juggling an alphabet soup of protocols, and balancing trade-offs among factors including cost, performance, and power consumption. And this is all while ensuring end-to-end enterprise-grade security.

So, which of these voice control systems do you bet on for your IoT products? Even if you decide based on today’s voice-control market, everything could change by the time the IoT products you’re designing now hit the market. And there’s no way to predict what the lay of the land will look (sound?) like in two years or five years, when those products you’re launching now are still installed and operating.

Luckily, there’s an alternative to polishing your crystal ball or crossing your fingers and hoping you’ve gambled on the right voice control system. Instead of writing custom code to define the connectivity between your IoT product and a specific voice-control system, I recommend that you build your connected product using a comprehensive IoT platform.

That way, your direct connection is with the IoT platform cloud, which in turn can connect to any number of voice control systems. What’s more, building your connected products using the right IoT platform provides flexibility to connect with a wide range of other IoT devices, apps, and services—automatically by virtue of the connection to the platform’s IoT cloud, and without the need to write custom code for each connection.

A comprehensive IoT platform offers numerous advantages, including faster time to market, design flexibility both now and in the future, enterprise-grade security and scalability, and global coverage. Add to that list the ability to jump onto the voice control bandwagon with greater ease and less risk.

Who knows what the future will sound like? My guess is that it will include a mix of human and multiple electronic voices, working together to control the various connected things in our lives. An IoT platform approach will make it easier for your connected products join the conversation, no matter who’s talking.

To learn more, download Ayla Networks’ free eBook: Getting Started with IoT: What Manufacturers Should Avoid in Building IoT Products.

Oliver Cockcroft is Ayla Networks’ product lead for platform level features. He manages the development of large-scale projects that affect multiple parts of the Ayla Platform. Oliver is responsible for developing Ayla Networks’ relationships with members from cloud partners such as Amazon Alexa and Apple HomeKit. He holds numerous patents in mobile technology.

Safety and reliability must be a cornerstone of IIoT deployments 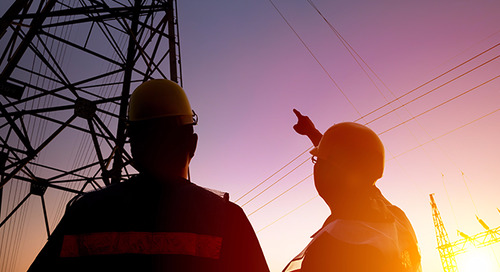 Powering the Internet of Things via energy harvesting

The push is on to add internet capability to everything, and the challenge for design engineers is to figur...