In the context of energy harvesting, advanced power management integrated circuits (PMICs) function like a utility company in that it controls the delivery of ambient power to downstream electronics. Properly selecting a PMIC based on five important criteria can allow system designers to augment system batteries or create self-powered systems.

An energy harvester is an electrical power source. It operates by absorbing energy present in the ambient source and then presenting this absorbed energy at its output to be used by downstream electronics. Some common examples of harvesters are silicon devices that exhibit the photovoltaic effect (solar cells) and the thermoelectric effect (thermoelectric generators). The former acts as a power source by converting impinging light energy to create an electrical voltage; the latter converts temperature differences (thermal energy) to an electrical voltage.

In both cases, electric current flows when the source is connected to an electrical load, and thus power is transferred from the ambient source to the device under operation. Solar cells and thermal electric generators (TEGs) can be likened to a battery. Both have no moving parts and can provide power to run electronics. Some harvesters, however, like the 1,000-year-old windmill or its modern version – the wind-turbine – do have moving parts. Others that are based on the piezoelectric or electromagnetic effect also have moving parts. Piezoelectric harvesters are silicon-based devices that harvest motion; they convert kinetic energy to electrical energy.

While the harvester is an important piece of the energy harvesting puzzle, in most cases it cannot function alone. Another piece of silicon, the power-conditioning IC, is vitally important. This power-conditioning IC, also known as the energy harvesting PMIC, is the critical link between the harvester itself and the downstream electronics. The PMIC functions like the gatekeeper or the utility company in that it controls the delivery of ambient power to the user.

Unlike a battery that provides power for a limited time, a harvester can provide power for eternity – or at least for a very long time, which can measure in years or even decades. One drawback of many harvesters is that they are a very weak or low-energy source. A weak energy source will not be able to satisfy the demands of today’s power-hungry applications. Some harvesters provide energy intermittently (most solar cells will not operate under low-light conditions, such as in darkness). The role of the PMIC is to receive weak and intermittent energy, and to condition and transform this energy into a usable form.

An effective energy-harvesting IC should be able to perform the following important functions:

Now let’s review the important aspects of each of these five functions.

Harvesters like the solar cell and a TEG have a complex relationship between their excitation source (light and temperature, respectively), and the power they produce. For any given set of external conditions, they have a single operating point that produces maximum power. It is the job of the energy-harvesting PMIC to “present” and “track” a load resistance to the harvester that forces it to operate in its maximum power point region, depending on the ambient conditions. As the ambient conditions change (for example it gets brighter or darker), an energy harvesting PMIC with the maximum power point tracking (MPPT) feature will be able to adjust such that maximum power is drawn under all conditions.

There are several strategies to create an effective MPPT scheme. The most commonly used for its simplicity and relatively high accuracy is the open circuit voltage scheme (VOC). In this method, the output voltage of the harvester is regulated to a fixed value, which is an empirically derived ratio of the periodically measured “open circuit voltage” (under zero load current conditions). For example, most solar cells can be regulated to between 75 and 80 percent of their VOC to operate in their maximum power point region.

In our example using the bq25570 energy-harvesting PMIC, the MPPT can be easily implemented using an external resistor network (Figure 1).

As most storage elements have an upper limit of charge and a lower limit of discharge, accurate management of these and other related parameters is very critical in an energy-harvesting system. Features such as an indication that battery level (or storage element) is “good” or “not good” are important in designing a flexible system. Many energy harvesting PMICs provide these aforementioned functions, offering system designers the flexibility to set external resistors in order to manage the charging and discharging levels of the storage element, as well as the “battery good” level setting (Figure 2). As long as the voltage is not below a pre-determined value, the load can be applied and will be allowed to consume power. If the voltage of the storage element falls below that pre-determined value, the PMIC can provide a signal to the microprocessor and take some preventative actions. For example, the duty cycle may be reduced, or only certain “keep alive” circuits will be allowed to be powered to conserve battery life.

In the system depicted in Figure 2, this can be achieved by using a switch between the regulated output pin and the load. The switch can be opened or closed by the microprocessor based on the status of the VBAT_OK signal.

Manage its own power-up – The cold startup

The cold startup circuitry is vital for system operation when the storage element is fully depleted and the system has no indigenous power. In such cases, the energy management PMIC has to rely on the harvester to power up. However, as mentioned, harvesters can be weak energy sources, outputting only a few hundred millivolts, so it follows that the energy harvesting PMIC must be able to startup using the few hundred millivolts from the harvester. With the wide variety of energy harvester ICs available, each have their own specific cold startup specification. For instance, the bq25570 startup occurs at approximately 330 mV. The energy harvesting PMIC is a critical component of an ultra-low-power energy harvesting system that operates in the nanowatt to milliwatt range. Such systems are finding a wide range of applications, such as sensors for industrial as well as consumer. Often the sensors are battery-operated, and extending the battery life is a big concern for system designers.

There are many factors to consider when selecting an energy harvesting IC. In this article we examined some of the more important features of these integrated circuits – such as maximum power point tracking, cold startup, energy storage, managing the load, and quiescent current. Properly selecting an energy harvesting IC allows system designers to creatively use ambient energy to self-power their applications, or augment the on-board battery to provide longer run time.

Niranjan Pathare, Marketing Manager, Battery Management Solutions, is an Emeritus Member of Technical Staff at Texas Instruments where his focus includes energy harvesting, wireless charging, and low-power charging circuits. Niranjan holds a MSAE from Penn State University, an MSEE from The University of Texas at Austin, and an MBA from The University of Dallas. 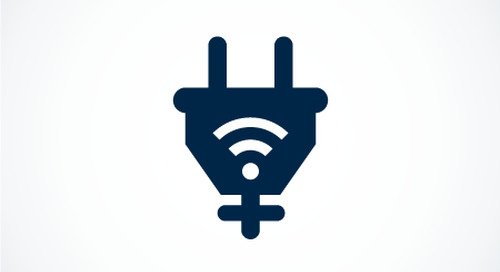 Energy can be found everywhere - in the movement of doors and windows or machine components, the vibration ...

EDA tools haven't changed for decades, and as Moore's Law grinds to a halt, someone needs to inject new lif...