Hardware agnostic IoT solution takes customization to the next level

Last year, n.io, an Internet of Things (IoT) software platform company, put forth a universal interoperability and artificial intelligence platform for an agriculture solution, n.io Ag, and was awarded Gold in the Dell Connect What Matters competition, which challenged participants to come up with an IoT solution with real business value using a Dell Edge Gateway for IoT.

In their pilot agriculture solution, they outfitted a vineyard with sensors to monitor plants, field conditions, irrigation systems, and mechanical devices and connected them to a central platform. There, the farmer can apply logic for intelligent control, which could be turning off and on pumps, opening valves, turning on a frost fan, etc., from a mobile dashboard. The system can also be fully automated, so no user input is necessarily required.

“It’s a platform for facilitating the connection of any input – that can be sensors or a soft feed (like Twitter, Facebook, or even a text message) – and then using those inputs or that context to apply logic for intelligent control and automation,” explained Blake Duhame, Program Director at n.io. “n.io can be fully autonomous and literally sense what is happening at the plant level and then apply the optimal amount of resources based on what it senses without any human involvement.”

However, what’s truly remarkable about the solution is its high level of interoperability and customization.

“It’s hardware agnostic,” says Duhame. “As a farmer or industrial client, you bring anything that you want to the table. Whether it’s existing infrastructure that you’ve already invested in or you see something that you like and you want to integrate it into the existing n.io system, you can do that. It’s as simple as plug-and-play and now you have that input at your disposal to apply any logic or automation. Developing a solution design was a lot of work between ourselves and the farmer, because essentially, nothing is off limits. You can use it however you want to accomplish whatever goals you want. That’s the beauty of it, but it also makes things difficult.”

One of the keys to achieving that level of interoperability (aside from a kickass team of smarty-pants developers) is the Dell Edge Gateway.

“We’re using high-temp Dell Edge Gateway 5100 as the supervisor node of the entire vineyard. It fit a lot of the needs we’re looking for including – those vineyards in the middle of the desert in Arizona, so it gets up to 110, 115°F on the hottest days of the year. It offers great interoperability and it’s very reliable.”

You can explore a read-only version of the agriculture solution’s dashboard (after registering) here: https://n.io/agreplay/.

Currently, n.io is working with an industrial client to outfit 45 galvanizing factories with a similar universal interoperability and artificial intelligence platform. According to Duham that solution will use a Dell Edge Gateway 5000, in addition to other upcoming Dell IoT hardware solutions. 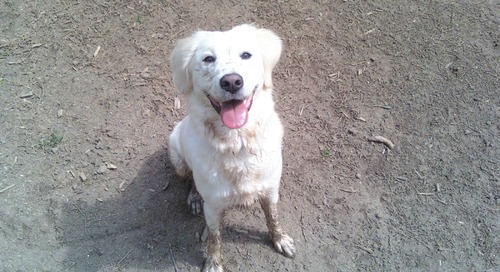 Perhaps I should start this article off by talking about my "free" dog, Evie. My wife and I adopted her at ...

You may have to spend big for real IIoT results

We talk a lot about the Industrial Internet of Things (IIoT), and clearly with good reason. Different peopl...