Slide show
—
It certainly doesn’t seem like a year since the last Consumer Electronics Show, but with a new name (“International” has been dropped from last year) and dark clouds causing delays over much of the western U.S., CES 2016 kicked off all the same on Tuesday. For those of you who have never attended, CES can be an acquired taste. For one, it’s Vegas. Second, there are so many attendees that it’s impossible to get onto a shuttle, the Mono-rail, or into a cab without waiting for considerable lines. Next, even the Las Vegas Convention Center (LVCC) has proven too small a venue for the show, which now occupies the neighboring Sands Expo as well as ballrooms in every single hotel from the Trump Hotel on the North Strip to Mandalay Bay in the far South. That last point means that, if you’re trying to see as much as possible, you inevitably have to wait for the considerable transportation lines. On the other hand, it’s Vegas. You log a lot of steps per day if you’ve packed a fitness tracker. There’s a chance to meet interesting people from all over the world, and you never know who you might bump into. And finally, anymore, you’d be hard pressed to find a more diverse assemblage of technology anywhere else on Earth.
—
1. Smart Home and VR headline ShowStoppers LaunchIt
I didn’t get a chance to attend this in 2015, but going forward I’m going to try to make ShowStoppers LaunchIt an annual event. ShowStoppers LaunchIt is dedicated to the (worthy) startups of CES, and gives an executive from each of these companies five minutes (and it’s a strict five) for an elevator pitch of their product or company. In addition to providing newcomers a chance at publicity they might not otherwise have, it allows journalists to get a feel for where investment is being made and what trends we should expect to see consumer electronics during the show and over the course of 2016. Last year the trend was wearables; this year is split between virtual reality and smart home.

—
2. Discover[ing] Blue[tooth]
As the battle for IoT connectivity continues to rage in the smart home, the pervasiveness of Bluetooth is an undeniable advantage for the standard. Notwithstanding current development efforts around Bluetooth mesh networking that could strike a serious blow to other competitors in the smart home, the plug n’ play nature of Bluetooth has made it a go-to for electronic products of all kinds.

—
3. ZigBee and EnOcean partner for energy-efficient IoT transport – Interview
At CES 2016, I had the opportunity to sit down with Tobin Richardson, CEO and President of the ZigBee Alliance, Victor Berrios, Vice President of Technology at ZigBee, and Graham Martin, Chairman and CEO of the EnOcean Alliance, to discuss the value prop of a new partnership that will bridge the wireless energy harvesting of EnOcean with the ubiquity and spectrum of ZigBee 3.0.

—
4. Bluetooth Smart looks to expand from “Internet of My Things” – Interview
At the show I had a chance to speak with Sven-Egil Nielsen, CTO of fabless Bluetooth SoC vendor Nordic Semiconductor and former Chairman of the Bluetooth SIG. During our discussion, he commented on the growth of BLE, the status of the mesh networking spec, and his company’s aspirations to drive Bluetooth adoption beyond the consumer IoT. Listen to the interview below.

—
6. Renesas Autonomous Driving Development Platform accelerates driverless development – Video
In May 2016 Renesas plans to upgrade the Skyline Fleet (branding the company uses to collectively refer to the vehicles outfitted with this technology) with R-Car H3 SoCs that will provide 80,000 DMIPS and 650 GFLOPS of performance and DDR4 memory in a 16 nm package, certified to ASIL level B, as well as an ASIL D-certified RH850/P1x MCU for chassis control and enhanced safety functions. But, to see today’s system in action, check out my road trip below.

Is conflict minerals legislation really enforceable, or a box ticking fallacy? And is it unconstitutional? ... 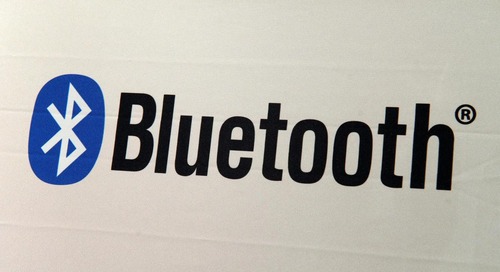 As the battle for IoT connectivity continues to rage in the smart home, the pervasiveness of Bluetooth is a...