First stop for automotive design is the embedded lab

It’s truly amazing how the focus of the automobile, at least from my jaded viewpoint, has made a complete turn from the mechanical engineers of Detroit to the embedded systems designers of Silicon Valley. For the first 100 or so years of the automobile and its creation, it was the bastion of the motor designer and other mechanical elements. Clearly over the past decade, specifically the last couple of years, that focus has changed, turning the car into a moving embedded system with hundreds of electronic subsystems in some cases.

One good example of that, even though they’re not Silicon Valley-based, is Disti, who made its name making graphical user interfaces for military- and aeronautical-type applications. While the company dabbled in automotive, assuming that its GUI would likely have a place there, Disti is now all in on automotive. In fact, it recently won a long-term contract with Jaguar Land Rover to provide its GL Studio software for the development of the 2016 Jaguar XF InControl Touch Pro infotainment system.

While speaking to the Disti experts, it became clear pretty quickly that medical devices, like high-end imaging systems, would also be a great fit for such products. As part of the development process, the GL Studio editor imports a host of standard image and model formats as the foundation of the design. Properties and behaviors associated with the graphical assets drive the required functionality. Then, you just deploy your design by generating code either as a standalone application or as components to be used in a larger project. 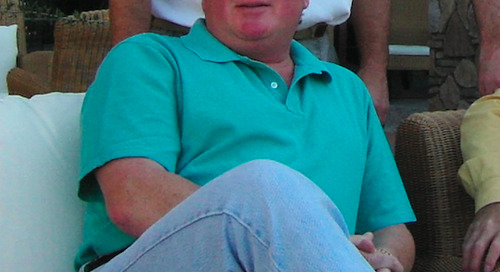 On the loss of Joe Pavlat, a friend and mentor

My first day of work in the embedded computing space came the day after the Super Bowl in 2011. I had about...

You're never too old to play with toy cars, especially one that combines a childhood passion with a current...