electronica: Geofencing and wellness tracking with the NanoTracker

Claiming the world’s smallest GPS and GPRS tracking device (which now supports 3G), Frankfurt-based company Round Solutions is adamant they provide “a better solution in the Global M2M market. We still work against that vision by continuously moving the goal posts further,” according to founder Ben Hoelke.

The NanoTracker is a wearable personal tracking device with built-in 350 mAH battery for up to four days continuous operation. Vaunted as an off-the-shelf solution to the plethora of new IoT wearable applications the consumer is currently inundated with, its enclosure design suits pockets, key rings, and even dog collars. The tracking industry has moved well beyond push requests to reveal the tracker’s GPS coordinates as required. Geofencing capabilities have revolutionized tracking, raising an alarm to the owner if their dog, vehicle, or even child leaves a predefined area.

Such devices are increasingly used to establish wellness via anticipating movements. The NanoTracker’s wellness function is geared to the former, enabling implementation with children, pets, and the elderly, with a lack of movement alarm indicating a serious and imminent health issue, or perhaps that the device has been removed and discarded. This feature couldn’t purely be satisfied by GPS. Its accuracy of meters wouldn’t count posture shifts on a couch on a sedentary Sunday afternoon, so a built-in accelerometer monitors such basic movements.

Round Solutions will be exhibiting at electronica 2016 in Munich November 8-11th.

Will haptic feedback spell the end for mechanical HMIs?

Technology evolves rapidly, but changing the way we interact with technology is relatively glacial. The mec... 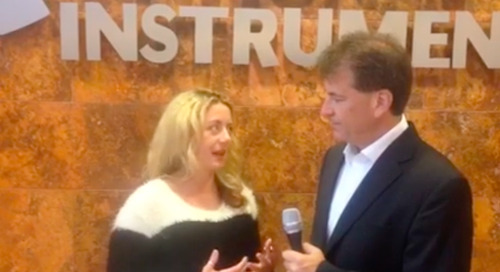 National Instruments: A changing of the guard

Dr. James Truchard, better known as Dr. T, has been at the helm of National Instruments since the company's...