Dev kit shoots for the high end (and hits the mark)

Continuing my run of test driving development boards, today I’m behind the wheel of a Gizmo 2. The first thing that you notice when you remove the board from its protective wrapping is that it’s not just any ordinary dev board. None of the boards I’ve covered so far, including the Cypress Pioneer and the Qualcomm GT202, have a processor that requires a fan and/or heat sink. So immediately, I’m thinking, “The bar on this board must be significantly higher than the aforementioned boards.” And after further exploration, I realize that my theory rings true.

The Gizmo 2 is a 4” by 4” board that really packs a lot into a small space. It’s built around an AMD Embedded GX-210HA system-on-chip (SoC), which combines a CPU and an AMD Radeon HD 8210E discrete-class graphics engine, both on the same die. Rated performance is 85 GFLOPS at 9 W. With specs like that, you’re doing a lot more than blinking some LEDs or making a simple Bluetooth connection. Think high-end graphics and processing. But don’t let the board’s complexity scare you. The purpose of the dev kit is to show a developer that, with the right support infrastructure, more complex application development doesn’t have to scare you. And the Gizmo 2 has that infrastructure, thanks to the Gizmosphere – what else would you call your Gizmo development portal – lots of the work is already done for you.

Note that the cost of a Gizmo 2 board, at $199, is higher than the other products I’ve mentioned. But as I found out, the cost can easily be justified by what’s in the box. Other features of the board include 1 GB of DDR3-1600 SDRAM; HDMI video/audio output; HD audio input/output; an mSATA/mini PCIe connector; a microSD card slot; onboard Gigabit Ethernet; two USB 3.0 and two USB 2.0 connectors; an AMD debug header; and high- and low-speed special features card edge connectors. It’s basically a full-blown PC with complete port availability.

So I fired up the board, connected my keyboard, mouse, and monitor, connected to the Internet, and brought up the TimeSys Application Launcher. From this point, I was able to access the included demo applications by clicking on a series of icons. The key application for me was a video player. I went through the other apps, but they weren’t as much fun as the video player.

From this point, it was clear that I could have built a real-world application, and one that does more than light an LED or move a sensor. The Gizmo 2 has the horsepower to drive high-end applications, such as video-intensive gaming. According to the GizmoSphere ecosystem, potential applications include digital signage, set-top boxes, IP-TV, thin clients, information kiosks, home automation, point-of-sale systems, media servers, and robotics systems.

You’ll likely find all the information you need at the GizmoSphere site, including lots of help to get you started and a series of forums to answer your questions

So if you want to blink some LEDs and not much else, this isn’t the kit for you. But if you’re looking to build a higher end application with lots of bells and whistles, the Gizmo 2 would be a good choice. 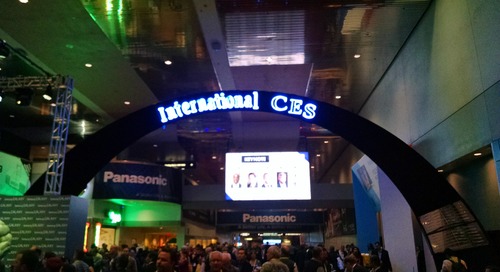 Slide show -- When you take off in Phoenix and land in Las Vegas, the only indicators that you've actually ...

Last week, I attended the Embedded Tech Trends event in sunny Phoenix. Looking out my window at the snow th...