This glossary describes terms utilized in the article series, “Cross-industry semantic interoperability,” including object classes, their relationships, and containments.

Navigate to other parts of the series here:

For each object class, the glossary incorporates the following formatting:

A type of device that enables digital data to be converted into some mechanical, electrical and/or chemical action that alters a physical object.

A data characteristic of an object class.

A type of system that eliminates the need for human intervention to complete a task by incorporating a collection of sensors, actuators, controllers, communication networks, and user-interface devices that interpret, process, and distribute data.

A system of digital message formats and rules for exchanging messages in or between computing systems (e.g., in telecommunications). Protocols may include signaling, authentication, error detection capabilities, and/or correction capabilities. Each message has an exact meaning intended to provoke a defined response by the receiver. The nature of the communication, the actual data exchanged, and any state-dependent behaviors are defined by a technical specification or communication protocol standard.

A chip, an expansion card, or a stand-alone device that interfaces with a peripheral device.

An identifiable unit of data in a dataset.

(e.g., a database field, an RDF triple, an XML attribute or atomic element, a program variable or array element, or a JSON value)

An individual instance of a data element.

A type of information model that comprises an abstract model for organizing data elements and standardizing how they relate to one another and to attributes of object classes.

A type of process for reducing data to a canonical form to facilitate interoperability. For instance, data element normalization is the process of organizing data elements within a data store to minimize redundancy and dependency.

A type of information model that comprises a repository for persistently storing and managing collections of data elements.

A classification identifying one of various types of data that determines possible values, processes that can be performed, the meaning of the data, and the way values can be stored.

An element or term that has the function of describing, identifying, or indexing, in particular.

A type of equipment made for a particular purpose, especially a mechanical or electrical one.

A realm of administrative autonomy, authority, or control.

A type of asset that contains one or more sensors or that produces data.

A type of value for naming any object with an unambiguous persistent name within a namespace.

A top-level object class that represents concepts and the relationships, constraints, rules, and operations to specify data semantics (metadata) for a chosen domain of discourse.

A type of dataset that comprises data about data.

A category of like things or objects which are each recognized as being capable of an independent existence and which can be uniquely identified. Non-limiting examples of an entity include physical objects such as houses or cars, events such as house sales or car services, concepts such as customer transactions or orders, personal information such as contacts, messages, events, and tasks, and object schema including entities, reflectively.

A type of information model that comprises a formal naming and definition of the data types, attributes, and interrelationships of the object classes that exist for a particular knowledge domain.

A party comprising a collection of persons organized to achieve a common set of goals.

A top-level object class comprising an organization or person assuming one or more roles related to one or more processes.

A type of party that represents a human being.

An attribute of a sensor or actuator that represents a value within a system. For example, an electric meter might have two points: Kw value and KwH value. A temperature sensor might have one point: current temperature value.

A type of device that can provide ubiquitous, always on (real-time) observation capabilities to supplement human senses and detect changes in temperature, humidity, motion, moisture, location, weight and other important physical phenomena (or state).

A type of device that is connected to a system of devices that are uniquely addressable, based on standard communication protocols.

A smart device is an electronic device, generally connected to other devices or networks via different wireless protocols such as Bluetooth, NFC, Wi-Fi, 3G, etc., that can operate to some extent interactively and autonomously. Several notable types of smart devices are smartphones, phablets and tablets, smartwatches, smart bands and smart key chains. The term can also refer to a device that exhibits some properties of ubiquitous computing, including—although not necessarily—artificial intelligence.

Smart devices can be designed to support a variety of form factors, a range of properties pertaining to ubiquitous computing and to be used in three main system environments: physical world, human-centered environments and distributed computing environments.

A top-level object class that comprises a regularly interacting or interdependent group of objects forming a unified whole. Every system is delineated by its spatial and temporal boundaries, surrounded and influenced by its environment, described by its structure and purpose and expressed in its processes.

A type of dataset that comprises a series of data points indexed in time order.

A top-level object class comprising a an agreement, communication, or movement carried out between parties to exchange an asset for payment.

A standardized quantity of a physical attribute, used as a factor to express occurring quantities of that attribute.

A type of data item that represents the state of an attribute of an object. 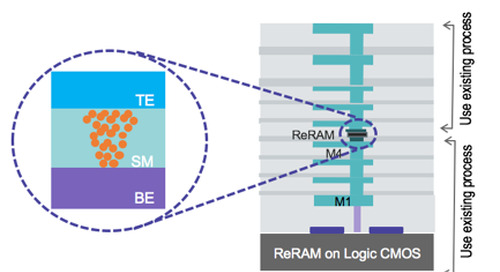 Resistive random-access memory (ReRAM) is the next promising memory technology in the race to develop more ... 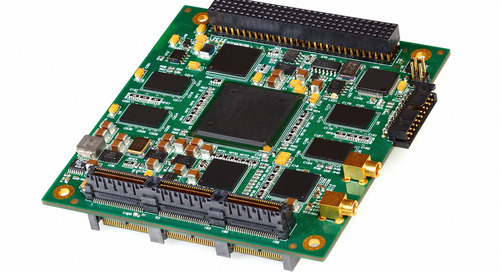