According to a new market report, the global cloud robotics market was worth $1,389.5 million USD in 2015 and is expected to reach $21,949.6 million USD by 2024, expanding at a CAGR of 32.4 percent from 2016 to 2024. North America was the largest market for cloud robotics in 2015. The growth in this region is expected to be driven by the increasing adoption of cloud technology and growing demand for automation.

Cloud robotics is the integration of cloud computing technologies with robots. Cloud services are utilized in order to improve the learning abilities of robots. Cloud robotics is majorly associated with four basic robotic operations: data capture, cloud analytics, application of the processed data, and feedback sent to the servers for further analysis. The primary factor driving the growth of the cloud robotics market is proliferation of cloud technology and expanding applications of cloud robotics in various industries. The integration of cloud technology in robotics operations has helped organizations in terms of reduced labor costs, increased efficiency and enhanced customer service. Increasing focus on automated warehousing and logistics operations through the deployment of cloud enabled robots is also expected to boost the demand for cloud robotics.

On the basis of component, the market is segmented into hardware, software, and services. The software segment is further divided into infrastructure as a service, robotics as a service and platform as a service and robotic application software. Furthermore, services segment is categorized into system integration, connectivity service, and other professional service. In 2015, hardware was the largest segment and it accounted for around 74 percent of the revenue of the overall cloud robotics market.

On the basis of implementation type, the market for cloud robotics is segmented into peer-based, proxy-based, and clone-based. In 2015, the clone-based segment held the largest revenue share of the overall cloud robotics market and is expected to show sustainable growth during the forecast period. Moreover, the peer-based segment is expected to expand at a higher CAGR in terms of revenue during the forecast period from 2016 to 2024.

Geographically, North America is the largest market for cloud robotics, globally. In 2015, the region accounted for around 37.9 percent of the overall cloud robotics market’s revenue. Moreover, Asia Pacific is expected to witness the fastest growth during the forecast period. Countries such as China, Japan, and South Korea are expected to be at the forefront of cloud robotics adoption due to increased technological investment in the region.

Every developer is in search of an embedded operating system platform that boasts performance and security,... 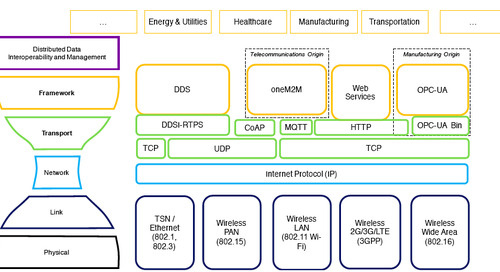 Without question, the biggest obstacle facing widespread adoption of the Industrial Internet of Things (IIo...