Civil unrest is driving the market for security robots

A security or sentry robot is one that replaces or assists humans in activities that are deemed hazardous, or for surveillance. These robots are generally equipped with a navigation system and an array of sensors for detecting intruders. They can also incorporate microwave detectors and ultraviolet and infrared cameras. Such robots are designed to operate in groups to cover large areas.

Security robot development has revolutionized their use the military-defense sector. Globally, there’s been an increasing tendency to adopt unmanned solutions in defense applications, owing to a number of benefits such as reliability and quality. An increase in the number of active conflicts all over the globe in the last decade has raised the need for security robots. For example, events such as the European refugee crisis and disputes in East and South China have spurred demand.

The global security robots market has immense potential, driven by the rising number of incidents, including terrorist conflicts. Also, the rising defense budgets in developing countries are driving the market.

The UAVs segment will garner the lion’s share of the market. UAVs are used for reconnaissance, surveillance, and intelligence missions and can also suppress, strike, attack, and destroy enemy communications relay, network node, and air defense. They’re also used in combat to perform rescue and search operations. Hence, UAVs are increasingly being used by the NATO alliance and the U.S. Army against terrorist outfits in Afghanistan, Iraq, Libya, and Syria. Moreover, there’s been an increase in their use by security agencies patrolling major sports events, such as Euro Cup and FIFA World Cup.

Sensors used in these robots are also growing at a healthy pace. For example, laser and CBRN sensors and electro-optics systems are used for inertial navigation systems, electro-optical countermeasures, missile defense, guiding munitions, and marking targets.

Identity management: The latest trends and concerns from IT decision-makers

Just weeks ago, Gemalto released results of its annual Authentication and Identity Management Index. The su... 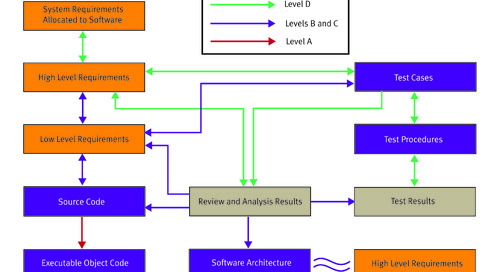 The ability to define and bi-directionally trace requirements throughout the software development lifecycle...