Of all the design decisions associated with an Internet of Things (IoT) deployment, the most fundamental is the choice of network architecture. Particularly when dealing with wireless machine-to-machine (M2M) communications, the selection of an appropriate network topology has significant ramifications on the cost, power consumption, and bandwidth requirements of the devices and infrastructure that comprise these networks, and thus contributes considerably to the success or failure of connected products.

On the low data rate end of the wireless sensor network (WSN) spectrum, mesh topologies have been adopted as the architecture of choice for systems such as lighting and beacons in the retail, home, and building automation sectors. Mesh architectures are ideally suited for such applications because they support a relay approach to low-bandwidth wireless data transmission in which the range of low-cost, low-power devices can be “extended” as signals hop from node to node across a network. Mesh networks also have the added benefit of being ad hoc so that nodes can be added or removed with little to no network reconfiguration, and, when appropriate routing techniques are applied, can also be more resilient than alternatives as they reduce single points of failure (though many still employ central hubs or gateways). Indeed, many mesh networks are characterized as having “self-healing” properties, so the more nodes on a mesh, the better.

Traditionally, many of the systems and technologies used in the deployment of mesh networks have relied on the IEEE 802.15.4 standard, which defines Layers 1 and 2 of the Open Systems Interconnection (OSI) model (the physical and data link layers, respectively). While IEEE 802.15.4 lays the groundwork for the creation of cheap, often battery-powered wireless devices, the upper layers of the OSI stack (Layers 3 through 7) have been specified by protocols such as ZigBee, Z-Wave, more recently Thread, and a host of other proprietary technologies. For more than a decade, these 802.15.4-based specifications have dominated their target markets.

But a shakeup could be in store for this landscape – the Bluetooth Special Interest Group (SIG) will reportedly launch its Bluetooth Mesh specification in the first half of 2017.

“Bluetooth Mesh is big,” says Lee Ratliff, Principal Analyst for Connectivity and IoT at IHS (www.ihs.com). “Mesh is important because it addresses some of the weaknesses of Bluetooth. You can [theoretically] extend the range by a km or more just by hopping from node to node. Obviously that goes a long way towards correcting what has always been a weakness of Bluetooth, which is range.”

The Bluetooth Mesh specification will be an extension of Bluetooth Low Energy (BLE), which provides not only a comparable energy profile to competing wireless mesh solutions, but the per-unit cost synergies of a technology already shipping in high volumes and compatibility with existing BLE devices back to Bluetooth version 4.0 as well. Aside from increased range, cost synergies, low power consumption, and interoperability, though, perhaps the biggest advantage of Bluetooth Mesh is also a drawback of standards like ZigBee, Z-Wave, and Thread – the requirement of a central hub or gateway.

A hard truth for hubs

As noted previously, mesh networks allow signals to be repeated from one node to another across a network. However, all mesh architectures are not created equal. In the cases of the aforementioned Bluetooth competitors, for example, individual nodes primarily act as repeaters for source signals originating from a central hub. While this does not imply that nodes are incapable of communicating independently of the hub once a source signal has been received, the hub itself is a requirement of such topologies. From an engineering standpoint, this architectural requirement incurs additional cost, complexity, as well as a point of failure.

From the buyer’s perspective, particularly in the home automation and other consumer markets, hubs also add cost and complexity that consumers may be unwilling or unable to deal with. As Ratliff puts it, “That’s a device that most consumers don’t want to buy in the first place, and once they’ve bought it, they’re looking for a way to get rid of it.”

Bluetooth Mesh, on the other hand, will not require a hub for systems and applications where one is not needed, which facilitates cost reductions and improves network reliability since data can always be routed through nodes within 30 meters of the transmitting device in the event that an adjacent node goes down. Furthermore, the power of Bluetooth in devices such as smartphones, smart speakers (i.e., Amazon Echo, Google Home), and other consumer devices “cannot be overstated,” according to Ratliff, due to existing consumer confidence, ease of use, installed base, and economies of scale.

“They’ve got these big tech behemoths like Amazon and Google and Apple who are coming from a world where Bluetooth and Wi-Fi are the connectivity standards of choice,” he says. “They’re coming into the smart home where ZigBee and Z-Wave have always been the choice, and they’re bringing Wi-Fi and Bluetooth with them.

“I think that’s how the smart home is going to happen success-fully,” Ratliff continues. “Unfortunately, it’s not going to be the early adopter route where these guys love fiddling with the home network and configuring devices and playing with their router and all that kind of stuff. That’s not going to fly.”

Beyond consumer home automation, the primary target for Bluetooth Mesh technology is the smart lighting industry. This has been a key segment for ZigBee devices for many years, Ratliff says, but despite the fact that “All the first tier lighting manufacturers use Zigbee … The whole Bluetooth Mesh initiative is all about lighting.”

“It’s to get that market,” says Ratliff. “Anything after that is just gravy. Everyone is gunning for ZigBee’s position in lighting.”

The success or failure of Bluetooth Mesh in the lighting sector could have larger implications in the commercial and industrial spaces, however, as although Ratliff acknowledges that 802.15.4 standards are well established there and centralized network gateways are commonplace, “Mesh allows Bluetooth to get into a lot of applications that it couldn’t before.” For instance, the advent of Bluetooth Mesh will likely only accelerate the adoption of BLE technology in retail beacons, and as bring your own device (BYOD) and mobile usage expand outside of the consumer world, such trends could continue.

“The jury is still out on low-power, short-range wireless,” Ratliff says. “We’ve got a lot of competitors between Bluetooth, Wi-Fi is trying to compete in that space, ZigBee, Z-Wave, Thread, and a host of others that are lesser known. We don’t know what’s going to happen, but I wouldn’t bet against Bluetooth. They’ve got a lot of advantages.”

Today, BLE technology, which will soon incorporate Bluetooth Mesh, deploys in the hundreds of millions of units per year. Though the current figures still represent “chicken feed for Bluetooth because they’re used to smartphone numbers – billions of units,” Ratliff expects volumes to ramp up quickly with BLE shipments crossing a billion units in the next few years.

Despite this competitive field of no less than 22 different participants by Ratliff’s count, his recent analysis also shows that “only three or four of them are getting 95 percent of the market share” of BLE. Combined with the technology’s rapid growth and large organizations with remaining available capital, this fact signals to the IHS analyst that more consolidation is on the horizon.

“It’s going to shake out, and five years from now there will be two or three companies that dominate [BLE] and there won’t be anybody else,” says Ratliff. “That whole area is attracting a lot of attention.”

In the meantime, the continued competition should help breed quality in BLE technology, and, subsequently, Bluetooth Mesh. 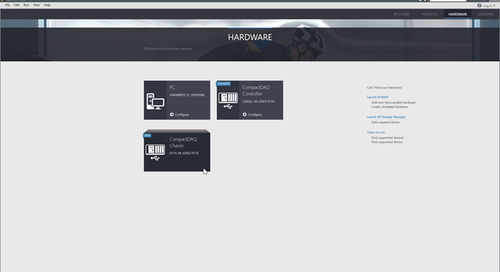 The software needed to operate a sophisticated new car can contain upwards of a hundred million lines of co...