During an automotive roundtable with several other reporters and industry analysts, Will Tu of ARM outlined how the IP licensing company has strategically developed three lines of microcontrollers to feed the needs of tomorrow’s more computerized cars. From the economical Cortex-M ASICs behind power windows, tire pressure monitoring, and keyless entry to Cortex-R microcontrollers used in engine control, airbags, and adaptive suspension to Cortex-A SoCs designed for advanced ADAS, IVI, and V2X communications systems, ARM is positioning itself in areas it sees as key for automotive (namely vehicle sensor fusion, passenger contextual awareness, and advanced gateways) to the extent that Tu projects 50 percent automotive market share for ARM-based components by 2025.

Charlene Marini provided ARM’s vision for the IoT with several key points, but most notably that the cost of connected devices needs to drop from $50 today to $5 in the future if the Internet of Everything is reach its full potential. In addition, Marini acknowledged the ongoing “battle for the developer,” but stressed that there is still a lack of support for those trying to bring new groundbreaking apps to market. She offered ARM’s mbed community as a good place to start for those in need of direction, and added that by 2020 the company expects an average of 50 ARM-based devices in the smart home. 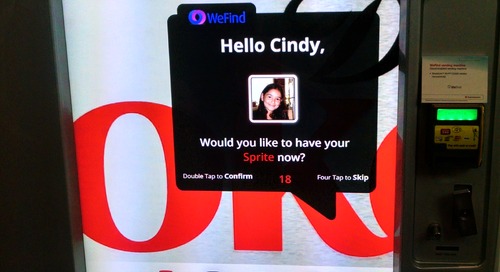 Texas Instruments takes the next step in wearables

Another look at auto and the IoT came from TI, who leveraged sensor fusion technology for a couple of activ... Always one of my better meetings on the conference circuit, Tom Sparkman of Spansion got right into his com...