Ada competition: Look who's a judge!

I just became the proverbial kid in a candy store (hey, you have your candy and I have mine). AdaCore just launched its second-annual Make with Ada programming competition, and I get to be one of the judges. Contestants use the Ada programming language in building their project and have the chance to win cash prizes.

The competition runs from May 15 to September 15, and offers over €8000 in total prizes (that’s almost $9000, in case you’re wondering). The underlying goal, as you might imaging, is to demonstrate the reliability, safety, and security of Ada. And at the time, developers are going to be surprised at how easy it is to develop in Ada. I know that it came as a pretty big surprise to me. Like lots of folks, I assumed that something originally intended for the military had to be complex. But it’s clearly come a long way (actually a very long way).

That’s clearly one of the reasons for hosting the Make with Ada competition; to show people (myself included) that their perceptions of Ada may not be accurate. In fact, it’s just the opposite in many cases. You can make the argument that programming in Ada will actually improve the quality of your embedded code.

The competition, which launched this week, runs to September 15. You can enter as an individual or as a team with up to four members. And you have to design and implement an embedded software project where Ada and/or SPARK are the principal language technologies. Note that a student-level prize will also be awarded, and the prize is a 3D printer.

I just did a Five Minutes with… interview with Fabien Chouteau, an AdaCore software engineer, and we went through some of the details of the competition.

Making the leap from Arduino to Raspberry Pi: Initial use experience

As mentioned in my last article, I have a decent amount of experience with Arduino boards, and quite a bit ... 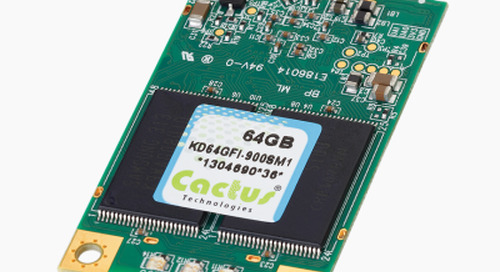 If there is a single feature that defines the value of an industrial-grade storage device, it's the reliabi...