A faster Raspberry Pi for a faster world

Every second counts in development time, and the Raspberry Pi 2 Model B is set to help you create and run your projects faster by booting up in half the time, and running six times faster than the previous model. Its new Broadcom BCM2836 ARMv7 quad core processor runs at 900 MHz (compared to the first-generation Pi’s 700 MHz ARMv6) with 1 GB of RAM – twice as much as gen 1. Connectivity options have also been expanded to 40 GPIO pins, which enable multiple sensors, connectors, and expansion boards to be added. The first 26 pins are identical to Model A and B boards for backward compatibility. And USB ports on the Raspberry Pi 2 Model B can now provide up to 1.2 Amp, though it requires a 2 Amp micro USB power supply.

The board’s footprint is the same as the Model B+, so third party add-on boards and cases will still be compatible.

A short time ago, Cortus released a pair of IP processor cores, the APS23 and APS25. The parts are based on... 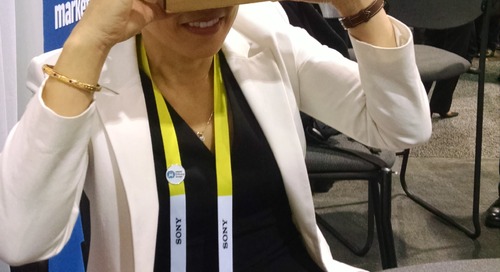 Here was another pretty awesome showcase - a piece of card-board and a Nexus 5 phone that coalesced into a ...