Car manufacturers and designers are already familiar with 3D printing because they’ve been using it for prototyping for decades. But will the technology ever be a practical way to mass-manufacture vehicles?

For drivers, perhaps the ultimate sci-fi 3D printing dream would be to view a few cars on a screen, choose one, and tweak the design. Maybe you want more legroom or a larger engine, or add a few tastefully positioned shark fins. When you’re satisfied, the system checks your design for problems, your personalized car is printed at your local 3D printing service, and it delivers itself to you later the same day.

Manufacturers, understandably, have a more practical view of 3D printing’s current promise. As the scale of a production run is reduced, 3D printing’s production cost per unit eventually becomes cheaper than traditional mass manufacturing, because there’s no need to build specialized tools, molds, and so on. However, at the current early stage of the technology, the actual cost per unit is still rather expensive for most use cases.

Nevertheless, 3D printing could soon allow manufacturers to target smaller niche markets than current manufacturing methods, including niches based on design, functionality and performance. And eventually, 3D printing might permit niche “markets” that consist of only one person—who likes shark fins.

3D printing also promises to reshape the auto industry in other ways, some of which could be disruptive for traditional business models. On-demand manufacturing of individual vehicle parts reduces inventory and storage costs, smooths out manufacturing cycles, and may reduce transport costs by moving production facilities closer to end users. Those production facilities could also be smaller, because a single 3D printer could produce a variety of components for different vehicles, without retooling. Small-scale, just-in-time manufacturing may prolong vehicle life and reduce environmental waste, by allowing production of replacement parts to continue indefinitely.

Those product pipeline changes are still very much in the future, however. Current 3D printing technology tends to be slow, requiring minutes or hours, unlike injection molding, or stamping and cutting a metal sheet, which takes a few seconds.

3D printing has also tended to focus on making small components, but companies developing automotive manufacturing techniques, such as Local Motors (in cooperation with Cincinnati Inc.) and Stratasys, are already working with machines large enough to print an entire car.

To make the most of 3D printing, designers will need to rethink how they work with materials. Some materials traditionally used in vehicles may never be suitable for 3D printing. Meanwhile, some materials that are ideal for current 3D printing techniques are not suitable for automotive use, for reasons of appearance, durability, or safety.

Yet, 3D printing offers new opportunities for materials that are difficult to handle with traditional techniques. For example, cheap and lightweight aluminum can be laser sintered into complex, seamless shapes that offer attractive new possibilities for car styling. 3D printing offers designers’ new freedom in shaping components, so they can improve strength while reducing weight, by printing precisely designed parts.

With current 3D printing technology, making 100% of a vehicle probably isn’t possible, nor is it practical. However, 3D printing of vehicle bodies and numerous smaller components is already happening, for small-scale test projects. For example, the LA Times recently reported that Disney World is considering deploying visitor shuttle vehicles from companies including Local Motors. The latter company’s Olli autonomous electric shuttle has a body and chassis which is largely 3D printed, and it’s being trialed on public roads. (Mouser is cooperating with Local Motors on a project that combines the Strati 3D-printed electric car with a self-launched semi-autonomous drone camera.)

While 3D printers aren’t building many cars yet, they are making the machines that make cars. Responding rapidly to changing demands and new designs, a 3D printer can quickly produce new tools, jigs, and fixtures, which are then used in more conventional production processes to make thousands of vehicle parts.

German car-maker Opel was able to reduce tool production time from weeks to days and cut costs by up to 90%. “Besides the cut in tool production time and considerable cost reductions, customized tools are a third important benefit of 3D printing. We can now produce more complex shapes than we could via conventional manufacturing. This lets us adapt the tool to the worker and the specific car,” said Sascha Holl of Opel’s Tool Design department.

What’s next for automotive 3D printing? During the next few years, large manufacturers will likely introduce a hybrid process combining some 3D printing with traditional manufacturing techniques. As time goes by, the vehicle’s 3D-printed proportion will increase, as the technology improves and designers figure out how to make the best use of it.

3D printing seems particularly suited for manufacturing the cars’ cosmetic features, such as body panels and interior features. These features allow wide variability and have greater potential for customer input, compared to functional components such as engine parts. So, offering customers a semi-personalized vehicle built around a standard mass-produced chassis seems achievable. Car manufacturers like Ford are already running preliminary trials of such processes.

Extreme customization raises issues of safety, fuel economy, and roadworthiness. Giving end-user customization the same legal status as aftermarket modifications could be a solution. So, if you do add those shark fins to your car, you might have to sign a waiver absolving the manufacturer of responsibility.

Rudy Ramos is the Project Manager for the Technical Content Marketing team at Mouser Electronics. He has 30 years of experience working with electromechanical systems, manufacturing processes, military hardware, and managing domestic and international technical projects. He holds an MBA from Keller Graduate School of Management with a concentration in Project Management. Prior to Mouser, he worked for National Semiconductor and Texas Instruments.

The impacts of early-stage design 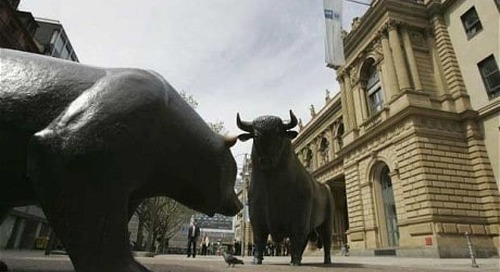 Bulls, bears, and bunnies: The 6th RISC-V Workshop in Shanghai

Last week, I attended the 6th RISC-V Workshop, held in Shanghai. RISC-V is, of course, the open-source proc...