There is a disconnect between the education K-12 students are receiving and today’s high-tech economies, leaving younger generations in a precarious position as technology-driven automation promises to transform the workplace (and available jobs) of the 20th and early 21st centuries.

A 2016 Top Embedded Innovator, Kent Meyer, CEO of Emcraft Systems, is rewriting the textbook with a program that puts technology instruction into the hands of industry through an Internet of Things (IoT) Educational Platform that combines kids’ interest in games such as Minecraft and toys like drones with pragmatic open source technologies. Who stands to benefit? Communities, schools, industry, and the next generation of engineers.

Why is technology education falling short in schools today?

MEYER: To teach anything of substance in technology requires a considerable amount of skill, and the schools are staffed with educators who are focused on teaching the skills that tests are going to be covering – Common Core kinds of things. Getting the expertise to teachers that allows them to teach technology that is relevant, or beyond the simplest stuff, is difficult to do.

Also, when you have a class of 40 kids that you’re trying to teach a science or technology topic, what you’ll find is that the range of attention spans and abilities is so extreme that, if it’s not self-directed, the top ones are held back and the bottom ones struggle. That’s why teachers sometimes hate the science part of classes that are hands-on because it’s so taxing to get everybody through a basic experiment in those numbers. It’s just chaos for a teacher.

I’ve come to the personal conclusion that it shouldn’t necessarily be the job of the K-12 schools to prepare kids for the technology jobs of the future because I think it’s an impossible task. Something outside of the schools has to be provided so that kids with the interest, are able. With sports, for instance, the number of professional athletes that come back to teach kids pitching or soccer is amazing. I think the same thing has to happen for kids with technology. We do see a little of that with Brain-STEM and some of the other outfits popping up where kids can go and learn some programming classes, but those are few and far between, it’s not always clear what the kids are learning, and they’re very expensive programs to run. $30-$40 an hour for a kid to get some programming education is a very expensive endeavor for many parents.

All in all it’s a very big problem, and one that we in the technology field are going to have to try to help the schools solve if kids are going to have the chance at something meaningful in their first 17 years as far as computing instruction is concerned.

You’ve developed an intriguing, industry-led education program for 6-12th graders. Can you explain how it evolved?

MEYER: The program I have running today came into existence through a long chain of events, initially funded by the Carlsbad Ed Foundation. The effort started with FIRST LEGO League (FLL) robotics for fourth graders over six years ago, because when your own kids do LEGO robotics and you’re in the business of embedded microcontrollers, you get tapped to be the robotics coach.

Working with FLL there were certainly good parts of it and there were certainly frustrating parts of it where I didn’t feel as though the ratio of learning to time spent was very good. So we came up with our own little curriculum where the robotics could be used to teach interested kids in a very productive way, while also trying to find entrepreneurial ways to improve the ratio of students to technology so that instead of having one robot for every ten students (which is frustrating for all) we could get as close to a one-to-one ratio as possible.

Given that and given that we had a highly motivated set of young kids who kept coming back each year, they eventually started asking for more and more things to do. So we started adding more to the curriculum. We started seeing that Minecraft could be used as a great way to teach Linux, servers, networking, and protocols, and then it just kind of ballooned. We were trying to do all of this cheaply, so we made an investment in a whole bunch of off-lease Chromebooks and started running Linux in developer mode on those, then we started teaching Arduino.

That’s how we’ve come to where we are. The kids keep growing up and they keep getting smarter, so the things that you need to teach them are getting more complex.

How has the IoT contributed to the success of these efforts?

MEYER: I view the IoT as one of the best gifts an educator of technology and software could have because it lets you go from the smallest, tiniest devices all the way up to the cloud, and it provides a framework that allows kids to understand how things are working together. That’s always been one of my complaints about any kind of class that you’d teach because a Python or JavaScript class is cool and you learn some great stuff about computer science, semantics, and syntax, but it’s usually a one-off type of course and then you move on to the next thing without it fitting into a larger framework.

Really what we’re defining here is the IoT Educational Platform. If we use the concepts that were successful with LEGO robotics and the Minecraft classes where we leverage what the kids are already interested in and apply it around an IoT Educational Platform, kids can work on projects and continually add things by working up and down the IoT stack. Now you have something that is a living, breathing platform that the kids are contributing to a framework that they can annotate based on what they’re learning and understand how the various pieces interact. The key idea is how to make something the kids can build upon, from the very beginning with the simplest classes to the more complex, and how all those parts can work together.

What do programs like yours centered need to get further off the ground?

MEYER: A goal I have for the kids this summer is to have the Carlsbad Mayor, City Council, and the school board come to our shop and see what these kids are doing so we can present the idea of a Makerspace for kids focused on Industry 4.0 and IoT. If we can get the City of Carlsbad and the school district to come and see what these kids are doing with some new projects – the younger ones are going to try to simulate Amazon delivery through Minecraft using drones; we’ve got a guy making an electric skateboard; and another is going to be working on database integration and analytics in the cloud and trying to tie into IBM Bluemix – my honest to god hope is that we can convince the City of Carlsbad to set up an incubator-type facility.

Because the schools can’t each individually afford to set up a high-tech learning center at each of the 11 different K-12 schools here, the idea is to instead make some focused investments. If we could set up a facility with a well-defined curriculum that has the backing of the school district, the city for the facility, and then industry as far as people donating time or resources, there are a number of high-tech companies that could really benefit from having kids learn skills at an early. The requirements analysis could be done at the beginning so that we can say to industry, ‘Hey, if a student has these skills the summer after their junior year of high school, would you be interested in having them as an intern to help you?’ I’m confident that we could get a huge number of local businesses excited, especially if you went to them and said, ‘That’s what you want them to know? Here’s the roadmap for how we can teach them those skills at this facility.’

The whole strategy is to try to get the right people talking to get something like this set up, make the right investments, and then turn the whole thing around so that industry tells us what they’re looking for. For the kids that means at least an internship, and maybe even jobs. 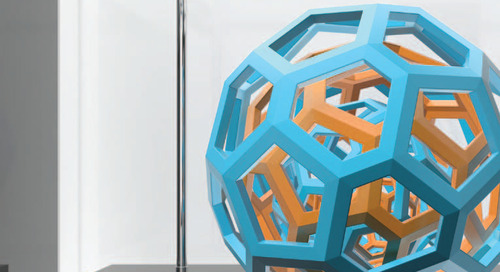 Who can protect the connected car? Technology to the rescue

Today, traffic accidents take the lives of about 1.25 million people every year, and injure 20-50 million m...