Europe Jockeys for Pole Position in the EV Development Race

While the marketplace is beginning to recognize that electric vehicles (EV) are a growing and permanent part of society going forward, there is a lot of development still to be done. EVs are far from mature, and the nature of electromobility is still being determined. Although Tesla has a head start in both perception and product, there are a lot of players out there jumping into the EV game with both feet.

European automotive manufacturers are keen to become leaders in the space, for multiple reasons. Many countries have a strong vehicle manufacturing legacy, and wish to maintain their market presence as society migrates from fossil-fuel engines to electric drivetrains. In addition, Europe has no significant fossil-fuel extraction infrastructure, reducing legacy industry pressures holding EV development back. Also, in the wake of the diesel emissions scandal, many car makers are aggressively moving to electric to appease government regulators.

The EU Science Hub’s Joint Research Center recently released a report on EV deployment in Europe from 2010 to 2017, to determine how rapidly adoption and commercialization is taking place. The report states that although there was significant growth in the EV market between 2010 and 2017, the progress is still far from full-scale commercialization.

Close to 300,000 passenger EVs were registered in 2017 Europe, against around 1,400 in 2010. Norway, Germany, the Netherlands, France, and the U.K. were where the highest numbers of EVs were registered, with the current market almost equally divided between battery-charged vehicles and plug-in hybrid cars.

The JRC report also pointed out that support measures to stimulate EV demand are not coordinated among EU member states, leading to market fragmentation in both EV adoption and the availability of a publicly-accessible charging infrastructure. The report recommends that support measures be harmonized to promote e-vehicles and accessible charging infrastructures.

European car manufacturers are moving to ensure they are part of the growing EV marketplace with technology initiatives and development partnerships. Volkswagen recently announced that they are starting a €4 billion modernization plan to develop next-generation digital vehicle systems over the next four years. Over 4,000 non-production jobs will be cut in Germany as improved processes and digitalization reduce the burden on employees and speed up processes. 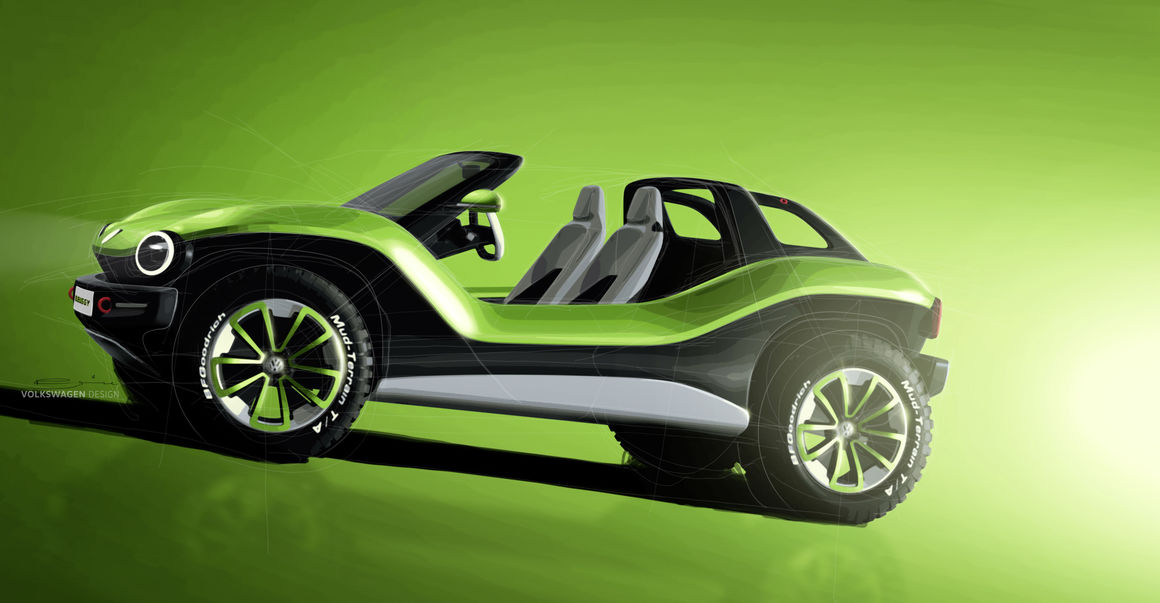 VW recently showed off its all-electric ID Buggy concept (Figure 1) at this year’s Geneva car show, and also announced that their Modular Electric Toolkit (MEB) will be made accessible to the entire industry, in the hopes it becomes a standard for multiple vehicle brands. The MEB drive has an electric motor integrated into the rear axle, along with power electronics and gearbox, a high-voltage battery pack in the vehicle’s floor, and auxiliary powertrains built into the front end.

Volkswagen will invest €690 million in its manufacturing facility in Chattanooga, and will have plants on three continents to build vehicles based on the MEB Toolkit. In Germany, their Zwickau plant will begin making EVs by the end of 2019, and along with factories in Emden and Hanover, will form the largest production alliance for electric cars in Europe. Two MEB plants are also being built in Anting/Shanghai and Foshan in China, and Dresden and Mlada Boleslav are also scheduled to be electric locations in Europe. By 2022, Volkswagen plans to operate eight MEB plants.

Another company launching an EV concept platform is Mercedes-Benz, who recently unveiled their Concept EQ concept vehicle, a sporty SUV coupé (Figure 2). A preview of Mercedes’ take on the next generation of EVs, the vehicle has a range of up to 500 kilometers. Based on an architecture developed specifically for battery-electric models, the design is scalable in every respect, allowing for variations in wheelbase and track width, as well as all other system components. 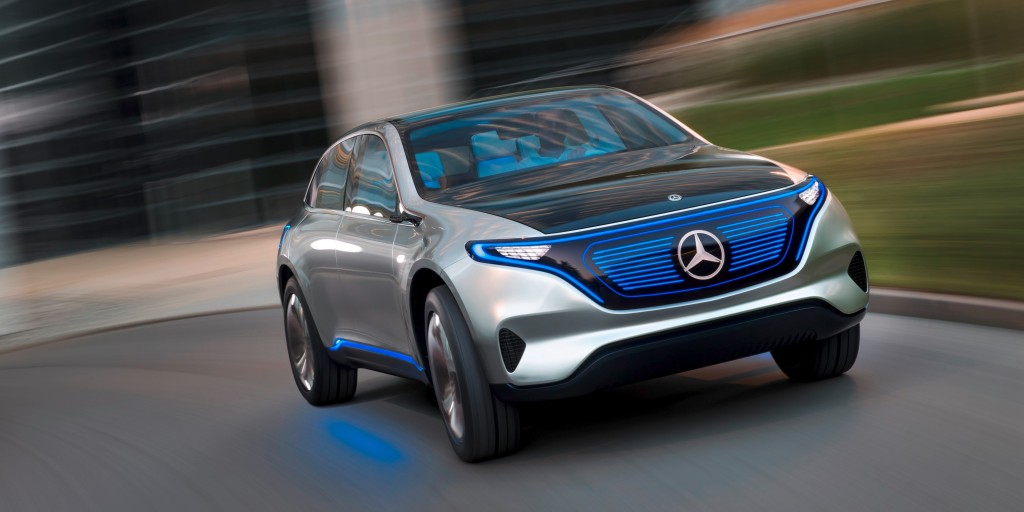 The Concept EQ vehicle has two electric motors on the front and rear axles, with a total output of up to 300kW and a maximum torque of up to 700 Newton meters in the most powerful variant. Able to accelerate to 100 km/h in under five seconds, the car has a range of up to 500 kilometers from its ACCUMOTIVE lithium-ion battery in the vehicle floor, with a total capacity of over 70kWh.

The vehicle will also leverage the Combined Charging System, a European charging standard for fast charging. Presently, charging capacities from 50kW up to 150kW are possible, and in the future, a charging capacity of up to 300 kW is planned. In addition, the Concept EQ has Car-to-X technology to exchange information with the road infrastructure and other vehicles.

Some carmakers are pooling resources and adding scale to compete, as the stakes are high in the migration toward electric vehicles. BMW and Jaguar Land Rover (JLR) announced a cooperative effort to develop EV technology, with the two companies working together to develop advanced electric drivetrain systems. Addressing issues such as tightening CO2 rules in Europe and EV mandates in China, the joint initiative intends to position both companies as leaders in core drivetrain technology.

The companies plan to make jointly-developed parts in their respective plants, with JLR planning to make its electric drive units at its Wolverhampton engine plant, eventually using batteries from its Hams Hall battery facility. JLR’s I-Pace is currently made in Austria by a contract manufacturer, Magna Steyr. It is driven by two electric motors, generating 400 horsepower and 696Nm of torque. With a 50kW DC rapid charger, the Jaguar I-PACE can accrue up to 168 miles of range per hour.

Periods of disruptive growth create both obstacles and opportunities, for both legacy players and new companies entering the fray. Vehicle electrification will impact every facet of society, and will change how cars, trucks, and buses are made and used. We’ll certainly see more companies announcing both development partnerships as well as new technology initiatives they hope will position them as market leaders. European carmakers are doing their best to ensure they have a place at that table.

Autotalks is supplying its chipset to NoTraffic’s turnkey traffic management platform, which enables the de...